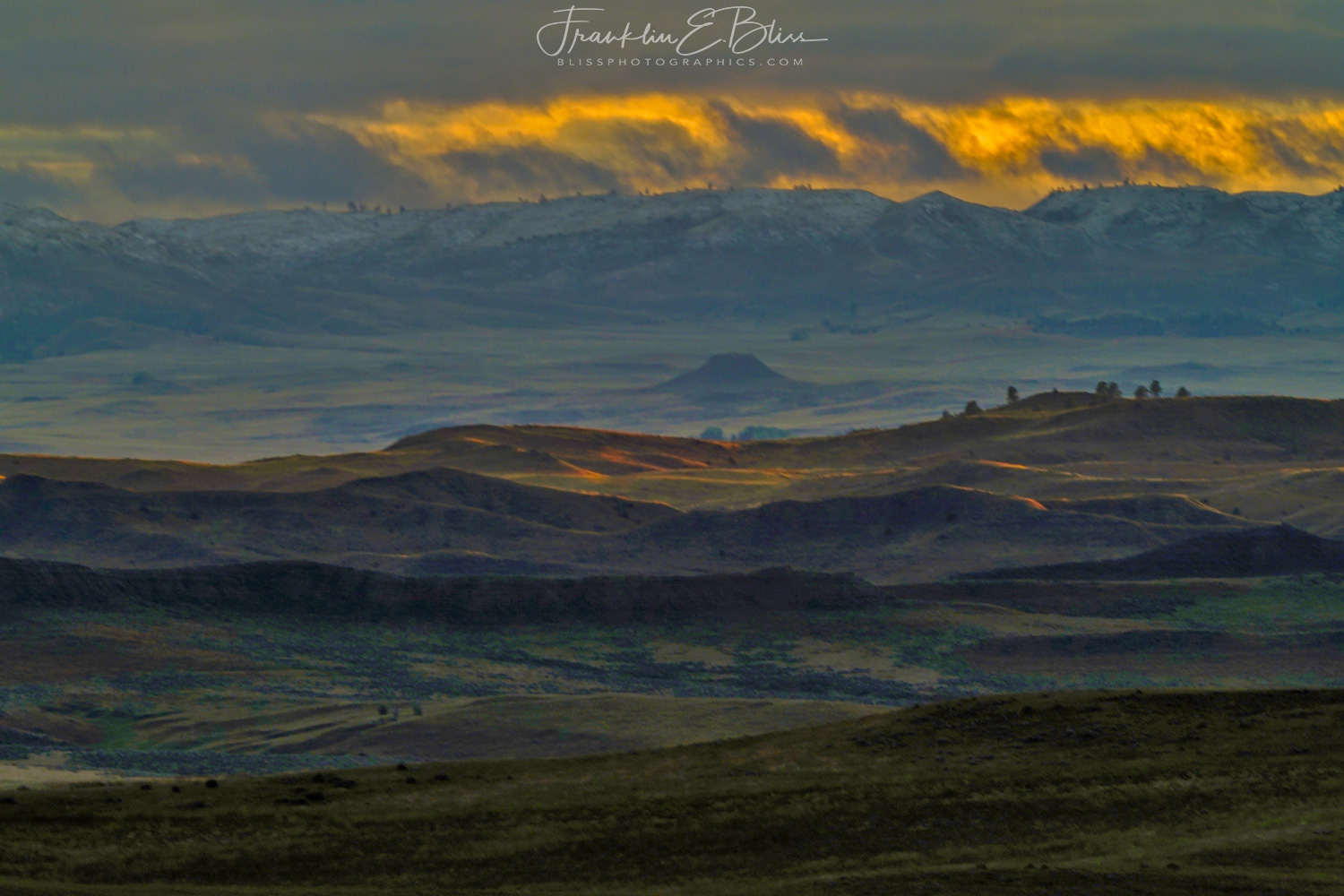 40 Miles distant from the Camera’s lens, I’m at the same elevation at that snowy far ridge “Red Hills” in this Layers of Landscape image. Big views from up here 👁
Spotlightling was rife that sunset (about a week ago). Your looking across the Montana/Wyoming border as I’m standing in Montana. It’s snowy where I am too. We got 4 inches of heavy wet snow but the ground in the valley’s got rain. Rinse and repeat all winter lolol. I have never seen it this green up here in OCTOBER up here in the 20 years I’ve lived here!!!!!!!

Geologic Note: The big Valley is the Little Powder River Drainage. It’s about 6 feet wide at the moment. It removed all that sediment between here and there though…. 🤔
From where I stand, the originally flat layers of sediments are Diving underground 50 feet every mile generally in that direction more underground. They dive into the LARGE Powder River Basin at the foot of the Big Horn Mountains 130 miles distant. The Basin is literally a downwarping of the earths crust forming a wave where the wave crest was eroded away to form the Big Horn Mountains, which wore away and filled up the wave trough (the bathtub next to the mountains where all the coal swamps formed) So the Dinosaur bone bearing Sand Beds that blanket my ranch disappear about two miles west of my house diving underground and younger rocks are on the surface. The BigHorns happened After the Dinosaurs 😎

The “Red Hills” are called such because they have a LOT of usually/mostly Red “Clinker” rocks which are coal fired “underclay” that turned to a natural ceramic by the underground fires. It is literally a coarse uneven ceramic in hardness and “Clinks” when it drops. Native Americans made a LOT of tools from it. Lewis and Clark thought it was of volcanic origin. Large outcrops of it exist all over the area and it’s mined as gravel for roads after crushing. Lots of rattle snakes live in “Clinker” dens. The Clinker shrinks as part of the process leaving voids which are homes for many creatures on the surface but often make for local perched water tables that occasionally are big enough for light local use.