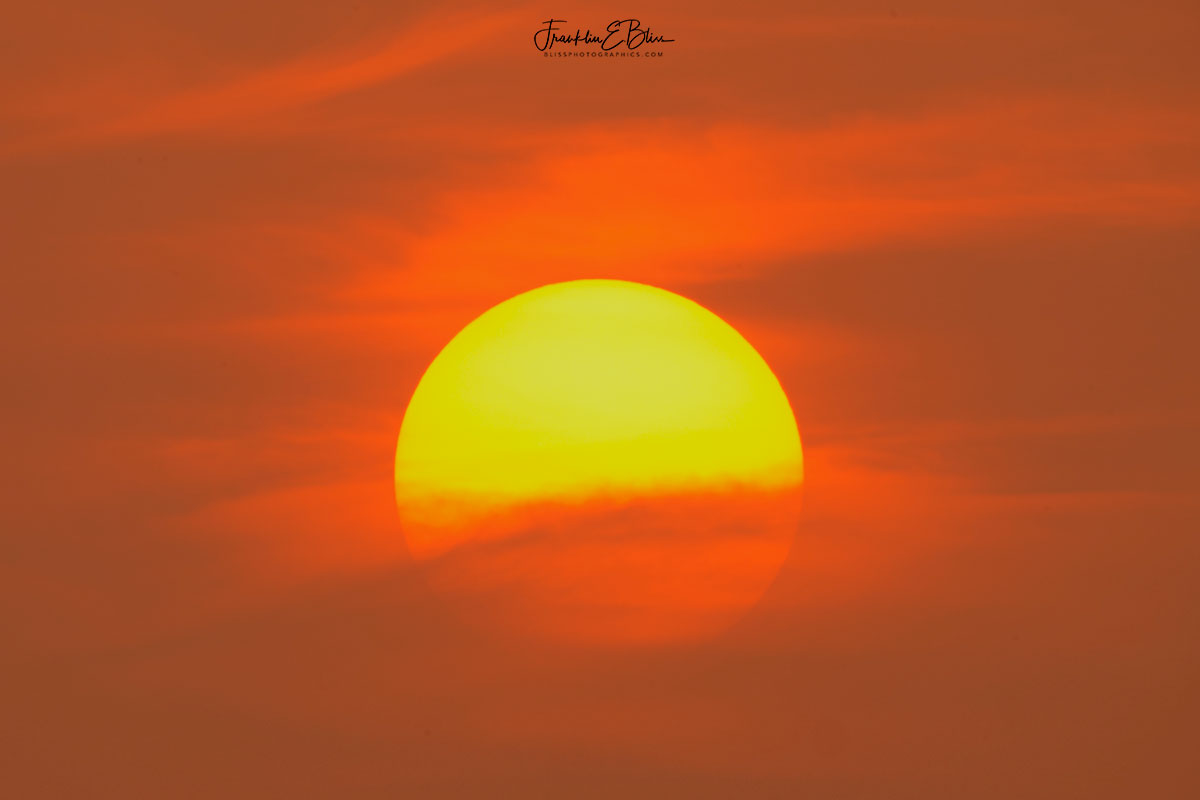 Getting the opportunity to image skies like we have been experiencing of late is once in a lifetime (I hope). I’ve lived in Wyoming for 30 years (10 in Jackson Hole and 20 here in eastern Wyotana. ). I’ve seen wildfire skies from smoke palls before. Never even close to the severity put on display for so many. If you have been living under a rock (not a bad idea these days) of late and haven’t experienced these… don’t. You won’t like it.

There is a very odd feeling associated with living under the plume from major fires up wind for weeks at a time. Having experienced the 2017 total solar eclipse, I have a basis by which to compare. The feeling of the sun dimming is perceptable under both phenomena. As a friend said, “it is like the sun is broken”. Nothing is getting the energy it prefers so even the few plants that are actively growing aren’t storing the sugars they need for the winter. All of the west is under this pall variously through out the last month. Weeks at a time.

The closer you get to the west coast, the worse it gets. There is so much smoke, you can see it from space easily as it whiffs around the globe with the prevailing winds. In a few weeks it will come back around at us from the west again. This will effectively block sunlight and lower the amount of solar radiation we will receive. There are complex relationships involved with local temperatures. I believe the Pall will lower regional temperatures than they would have been without the smoke (duh). Anytime you reflect energy away from the surface, you loose temperature as the sun is the furnace here. Might just be a very cool winter as a result of all this soot in the air. The west coast just put a bit of particulates and CO2 into the air. Forest Management is a good investment.