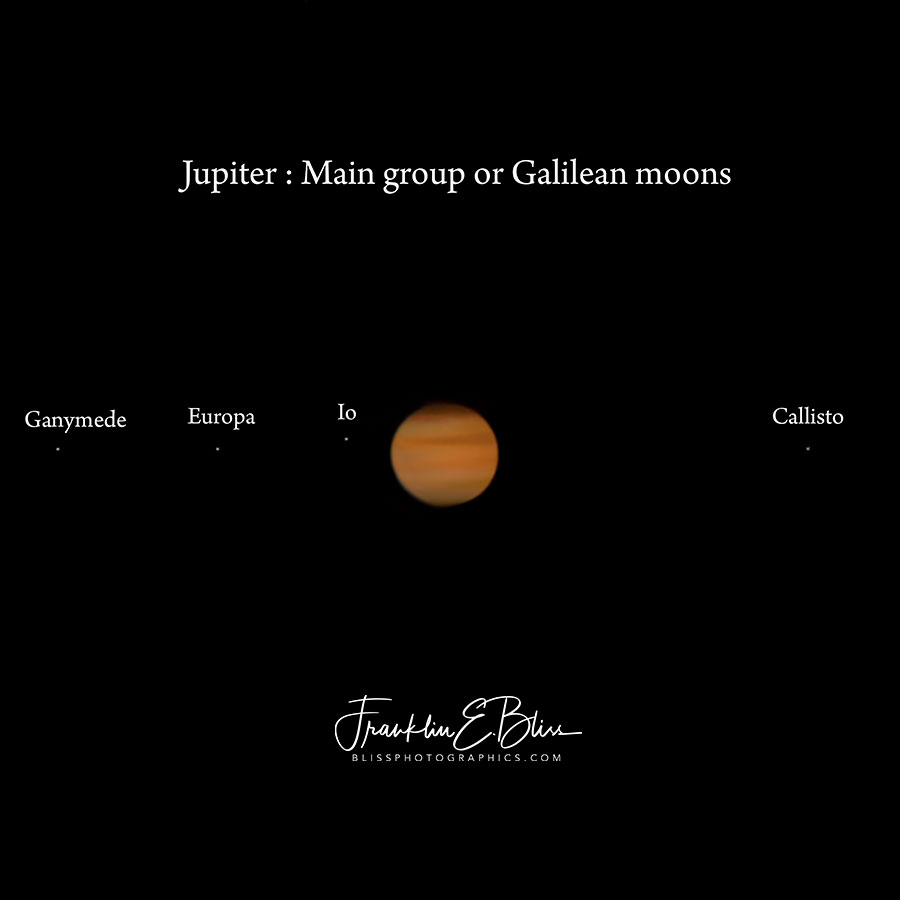 Occasionally, when the ‘seeing’ is good, I pull out my big gun optics pointing them toward the Jovian Moon system. There are many more moons around Jupiter than are on this image. These four however are the easy ones. The little 12 inch diameter optic I used for glass here is not up to the task unless I do much longer tracking time exposures. A 12 inch light gathering ability makes it faster than catching the same image with a smaller aperture. I have also found that higher resolutions cameras give you higher resolution images lol. This is an effective 4800mm focal length.

The year was 1609 and a fellow by the name of Galileo Galilei pointed a primitive Duch made gadget up at the massive Planet. Looking through the pieces of glass mounted like a skeletonized tube. Galileo was important in the early development of the telescope as he taught himself to grind glass to build his own instruments. He notices that 4 “stars” were circling Jupiter. Humm. That single observation set in motion the Brilliant mathematical mind that man possessed. He was obsessed with the new telescope working tirelessly to improve the state of the art. In 1609, he was observing an 20X view that the human eye could achieve. That is similar to a 24 power rifle scope. I can’t imaging observing this with less than a 1200 mm focal length and a 6 or so inch aperture. Let alone a rifle scope. Better than naked eye though in use before the improvements by Galilei lol.