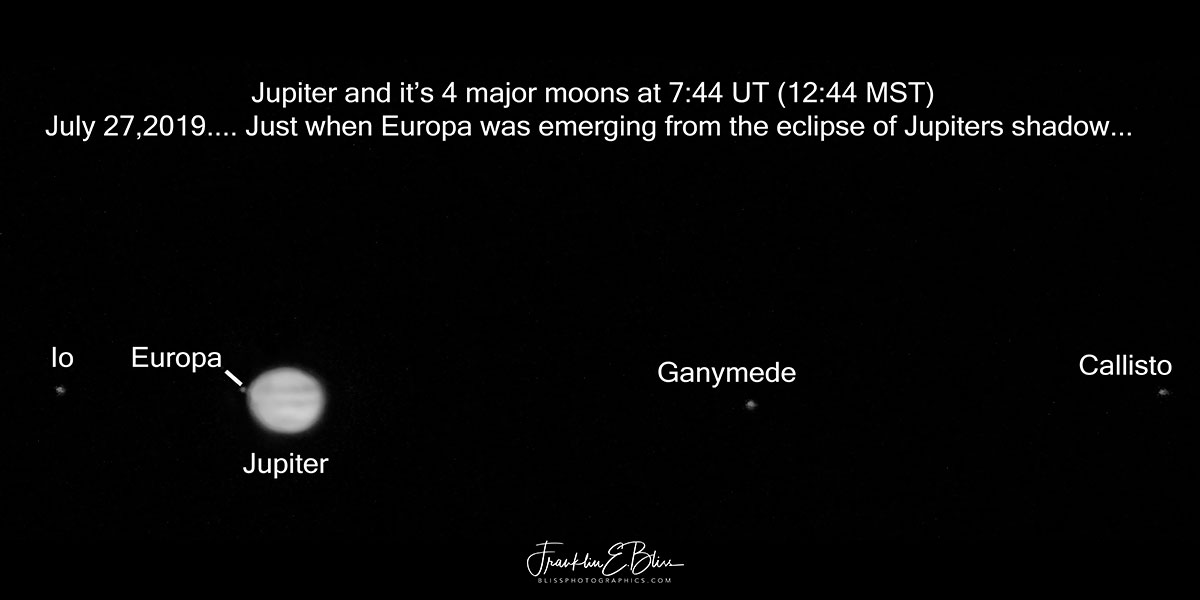 Galileo Galilei has made Many Contributions to science but one of the biggies was the discovery of 4 moons/satellites orbiting the bright Planet Jupiter. Galileo observed that the “stars” moved along with Jupiter in the sky. Seemly carried along with the bigger/brighter star. The moons were all lined up like ducks in a row. Just a week ago in 1610, he was gazing through an “astronomic instrument” . He had noticed those “stars moved apparently around” Jupiter. Several noted historically famous astronomers were enjoying the new fangled contraption. We call it a telescope. They failed to receive credit because Galileo’s work was more precise and accurate, he got the glory.

This arrangement is the worlds largest clock “on the wall” literally. Those moons move like clockwork. Galileo discovered this phenomena. Jupiter Moon time schedules in the form of books remained in use for hundreds of years. By looking at where the moons of Jupiter emerge or disappear. You can literally tell a good accurate time for use in navigation on ships. This works on Land too with Lewis and Clark using Jupiter and it’s moons to tell the exact time. They were in a sea of grass but the sextant works every bit as well there. You need to know the exact time to properly use a sextant to determine your position on the globe.

In this photo, I timed it for Europe just emerging from behind Jupiters shadow at that precise moment of time. Then I could have taken a sextant to give me Latitude and longitude. The sextant is used to measure angles between the horizon and astronomic objects.