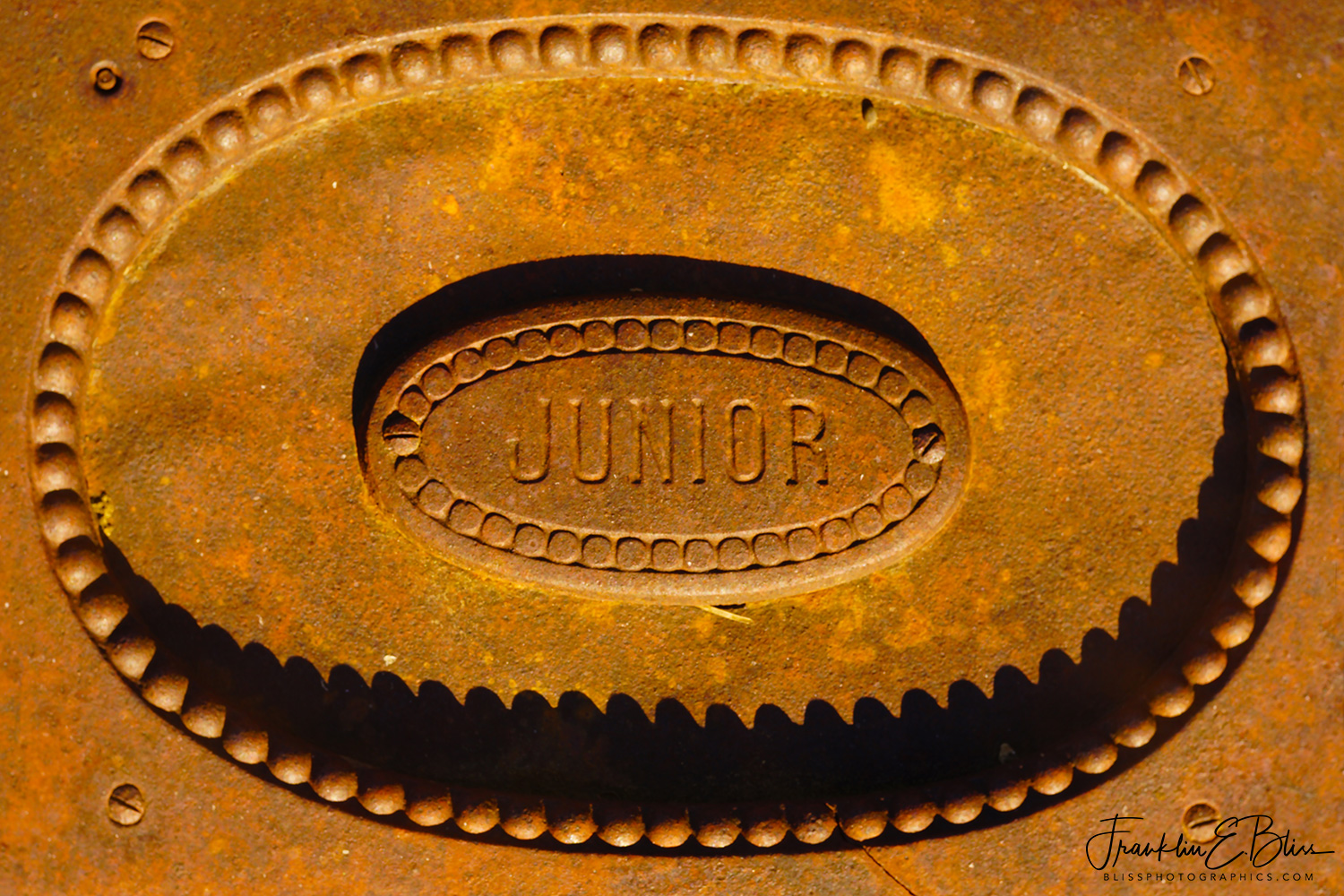 Found out near by a 1930’s Remote Backcountry Homestead located on my place. This cast iron Junior Stove Door (wood probably as coal is a bit south and wasn’t free). The 1920’s issue “Junior” was found in an over bank “trash” dump from that old Homestead which inevitably is over the lip of a nearby gully. The original stove probably rusted out or cracked from overheating but this door survived. Nothing but steel and glass out there as MOST of the wood from that place has rotted over the 80 intervening years but there are nails and pitfalls to watch out for. Dangerous place to walk about I think.

The Homestead was abandoned after the father died of an acute appendix. He was unable to get out to medical help due to winter in the 1930’s. I met one local Women (a daughter of that man) that grew up out there in the Late 1920’s and early 30’s. Little House on the Prairie was a castle compared to this log structure these guys built. The woman fed this stove door more than a few times as an adolescent, bare footed in the summer, dirt floor in the kitchen with a goat hanging inside the door. (I’ve seen the photo and have a copy but don’t own it, the family does). I’m sure this Junior Stove Door was just inside the log cabin door. Piles of wood waiting their turn for the flame.

Background in the Back Country:

This I met that daughter as a “getting” elderly woman of then in her 80’s. She several times brought her extended family out to the site to see humble beginnings. I managed to navigate them out there (way out there lol).

The problem with going there were the many problems for big SUV’s. . Getting a group of 15 people that far in to sage and past a few deep gullies is always an interesting task for the new off road drivers of their ‘SUV” that has never been “off pavement”. Going off gravel, off two tracks through the open prairie is always fun to initiate new drivers lolol.

Someone close to her contacted me when she was in Hospice. We made a bouquet and tray with artifacts from the homestead she grew up on. A ford emblem from a ford truck, a bit of running board made the “plaque portion. Wildflowers decorated the 1930’s patina’d mason jar included on the small “tray”. I wasn’t there when she got it. 😔 That little family in the Borderlands of Wyoming/Montana lives on as one of it’s matriarchs closes her circle of life. There are a LOT of stories like that but have been lost in the shadows of time.