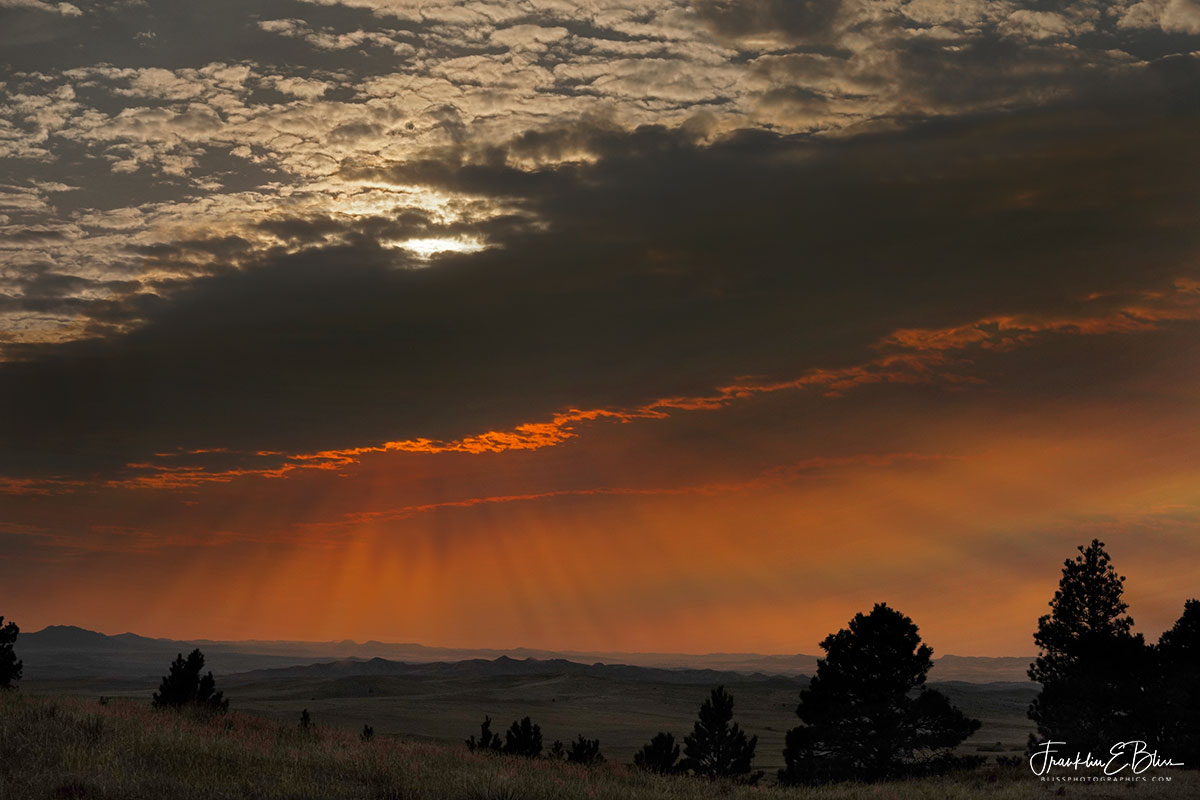 This subdued sunset brought to you by the soot in the air contributed by hundreds of western wildfires. Hopefully you’ve been off grid and out of the way of these plumes. Such a Pall changes not only the air quality but the amount of solar radiation that makes it to the surface.

This image is my best try to get the scene exactly as I remembered it. The wedge of smoke from various Montana fires were moving this way. The cloud front was forming in advance of the smoke pall with the smoke moving with the front. I have seen this develop before and got the heck up the hill well over an hour before sunset. I figures that as the sun dove behind that jagged bottomed cloud, that shadow would get projected in the smoke below. The result is a fan of crepuscular rays radiating outward away from the sun well above the cloud deck. This is a fairly expansive display. Taken through a very wide lens at 24mm .

This is the second nice crepuscular display I have seen from this years smoke/brown season. They are somewhat predicatable to me but to get the ducks to actually line up is an entirely different matter lol. This would be a nice candidate for a mirror/mirror ART treatment I’m thinking… I’ll have to make a note to reflect this back on itself. I bet a nice face will appear magically.