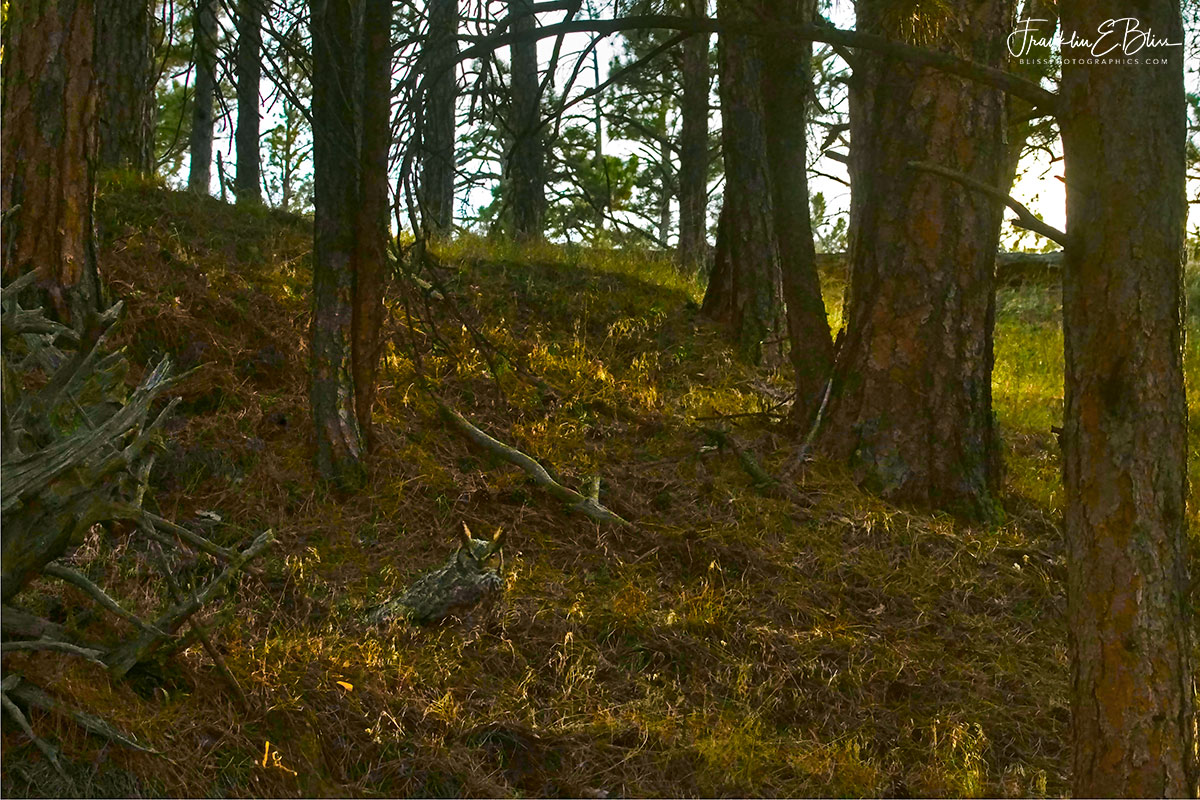 This is not something I see everyday lol. Owls bolt quickly if approached or I don’t see them at all. They blend in rather well. I was “quietly” driving down low in a wash/gully in my UTV. Owls as a whole, stay tree perched. This one was eating a tid-bit of something, perched stationary on the side of a hill/ground. He was VERY well camo’d and I just caught some movement out of the corner of my eye. His feathers are a disruptive camo to your eye. I have NO idea how I saw him… 😄

A Great Horned Owl is a big bird with plenty of presence. They can live 15 years in the wild and have up to a 5 foot wingspan. The predators body can be up to 25 inches long and they weigh as much as a blue heron at 5 pounds. They are all about claws and beaks though they have some of the best disruptive Camo colors/pattern I’ve ever seen. These guys are easy to recognize due to their “plumicorns” which are feather tuffs resembling horns. . They are not ears. I understand they are the most common owl in the Americas. They range from the Arctic to South America. Interestingly, the male Great Horned Owl is Smaller than the Female but has a much lower pitched call than his mate. “Hoo, H’ Hoos”!

My path taken here is the proverbial “Low” road . This ground is a wonderfully dissected steep topography. Low ground between the fingers of the drainage reaching to the higher hills nearby . This forest has the spirits of dinosaur walking about as fossils do roll out of the golden Cretaceous River Sands here. It seems to me that all the Dinosaurs didn’t die at the end of the Cretaceous with the meteor/bolide that “killed the dinos”. That Extinction Level Event (ELE) killed 80 percent of Life on the planet . Took place a mere 66 million years back if you believe a geologist/paleontologist.