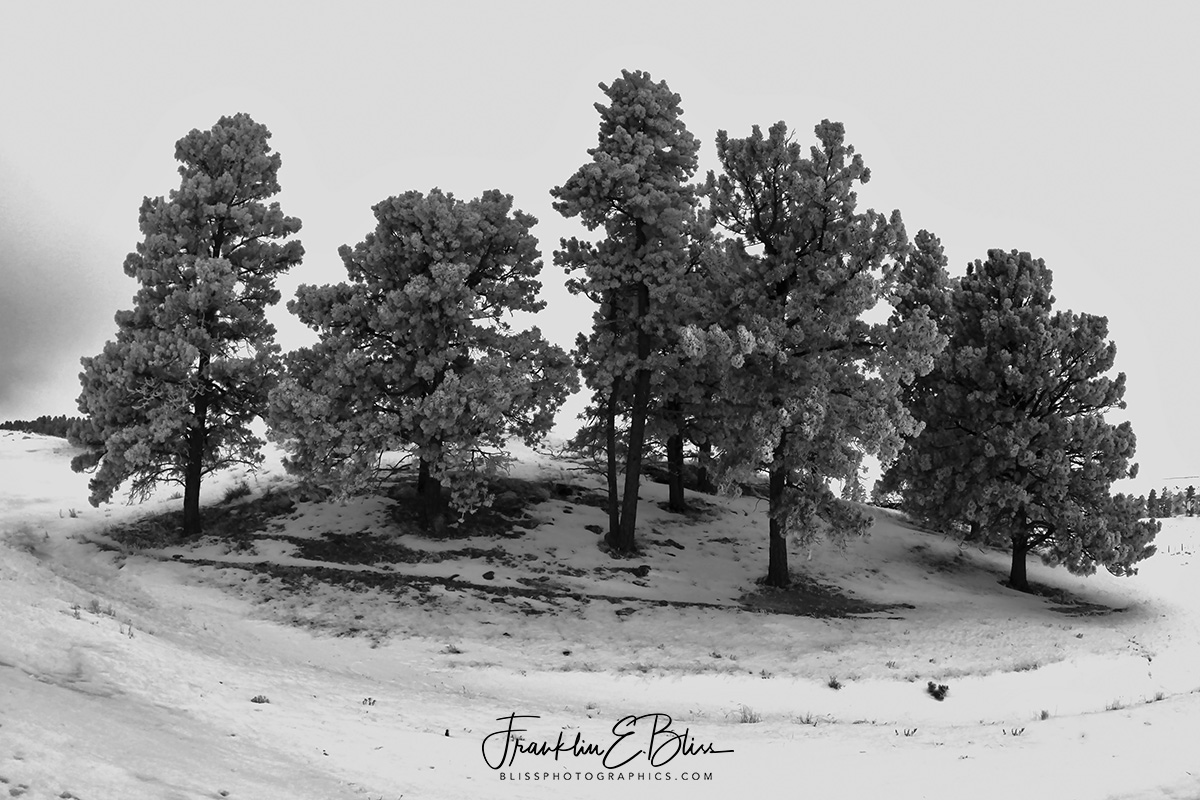 These frosted Pines stand along against the elements high on a remote ridge. They have long survived backcountry wildfires. . The lack of branches down low help keep them safer from grass fires. . Their isolated island also helps prevent fires from taking them. These survived a major fire in the late 1930’s that burned all summer in this area. Only the winter snows extinguished that long burning fire. There are still many snags around from that fire. A lot of seasoned firewood has come from those snags. Some still stand as a stark reminder of natures wrath. Partially burned and totally now “wildlife” trees.

I don’t take a lot of Black and White images. However, this scene seems made for the genre . Frosted Needles and boughs are the rule in this shot. Each with 1/4 inch of ice everywhere on any exposed surface. There has been a lot of slowly freezing storms come through this fall. All starting out with rain or freezing drizzle. Then they turn to snow so an ice coating under a foot of snow makes for interesting backcountry driving.

I can not travel easily now in the backcountry. Over a foot of snow from the last storm put a hitch in my giddy-up. I try to be safe and not stick myself back country. It’s a long walk back. Having said that, I do carry several radios including a ham radio to which I have a repeater on my communications tower. I’m pretty much in communication if needed. Cell Phones usually aren’t much good up here.