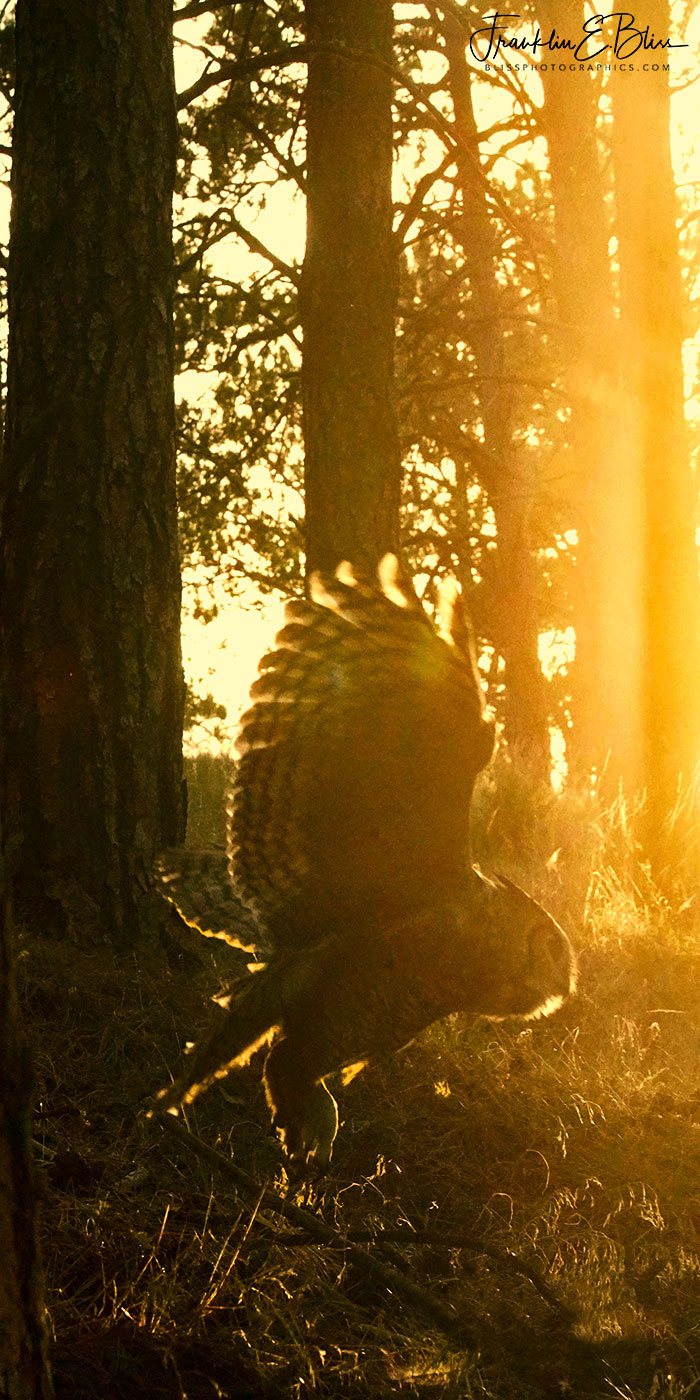 This is not something I see everyday lol. Owls bolt quickly if approached or I don’t see them at all. They also blend in rather well. Magic in the backcountry.

I was quietly driving down low in a wash/gully in my Polaris Ranger Crew. Owls as a whole, stay tree perched. This one was eating a tid-bit of something, perched stationary on the side of a hill/ground. Never got a look at what. He was VERY well camo’d and I just caught some movement out of the corner of my eye. His feathers are a disruptive camo to your eye. Makes you dizzy.😄 The path taken here is the proverbial “Low” road . This ground is a wonderfully dissected steep topography. Low ground between the fingers of the drainage reaching to the higher hills nearby . This forest has the spirits of dinosaur walking about as fossils do roll out of the golden Cretaceous River Sands from the famous “Hell Creek/Lance Formations. here.

It seems to me that all the Dinosaurs didn’t die at the end of the Cretaceous with the meteor/bolide that “killed the dinos”. That Extinction Level Event (ELE) killed 80 percent of Life on the planet . Took place a mere 66 million years back if you believe a geologist/paleontologist. MOST dinosaurs did indeed die but the ones that did’nt had feathers, a tail and teeth. Their modern descendants are flying around us now. There are two types of Paleontologists. (BAND and BAD). Birds Are Not Dinosaurs and Birds are Dinosaurs. Most are the Latter.

I have a few dozen good captures from this encounter but I have bigger “fish” to fry at the moment lol. . This G. H. Owl.