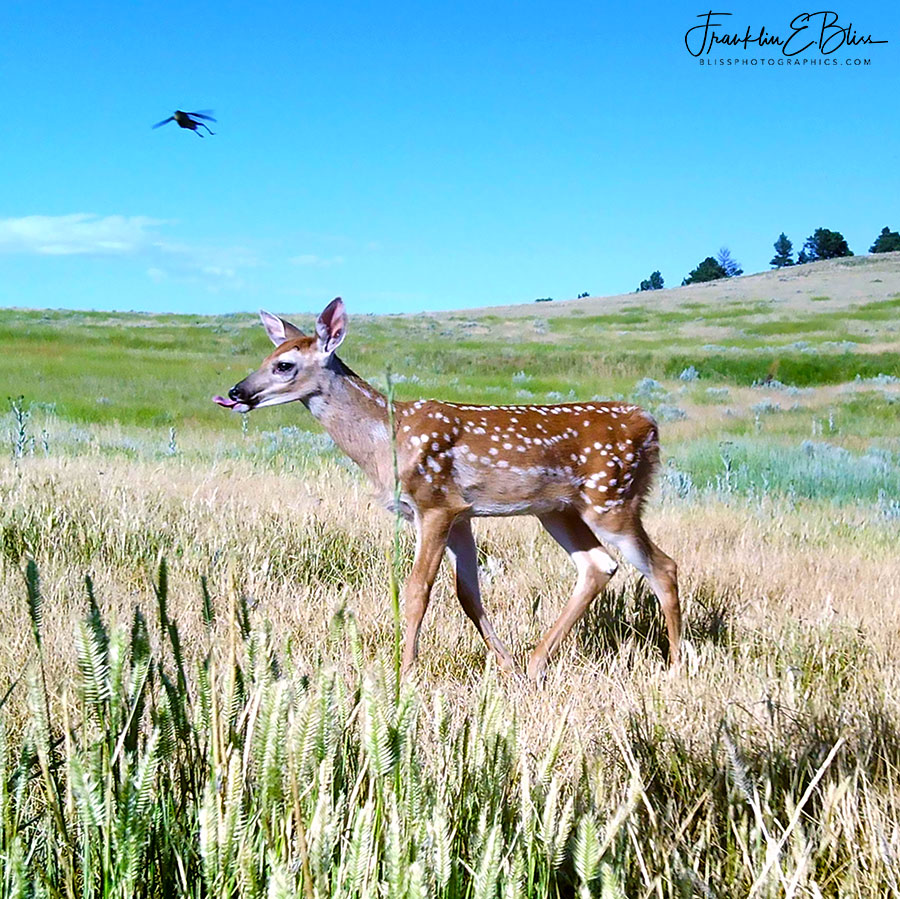 Quality Game Trail Cameras can capture very candid scenes. Each and every image I’ve ever posted from a game trail camera took me a relatively long time to fix problems with them. They have inherent issues built into every one of the .jpg file (image) they put out. But they are, to a one, capable of capturing situations that no one would ever see without those cameras out in the bush. Such as the wonderful result here lol.

I can imagine 100 hillariouis scenarios for this image but I’m thinking that grasshopper was escaping that lizard tongue. Now I’ve seen a LOT of deer tongues over the years. Done some hunting, a little photography, I’ve never seen one quite that much of a flapper before. This is a month and a half old fawn at this capture.

Running a network of 29 cameras (currently) is a matter of keeping manufacturers of AA batteries financially solvent. Cameras I set in the spring are just now starting to get low on power. Now where did I leave that Browning Camera at?. I run into them as I’m back on the ranch. Occasionally I find one I set the previous year and it’s battery dead. Oh the treasures it could contain. The only control you have over those automatic cameras are usually 3 levels of sensitivity to trigger, and 3 levels of flash (close, medium and far). Placing them in the right spot is the game though.

The hardest thing to match colorwise in any Wyotana photography is Sage Brush. Try it. It’s tough to get right .. 📷