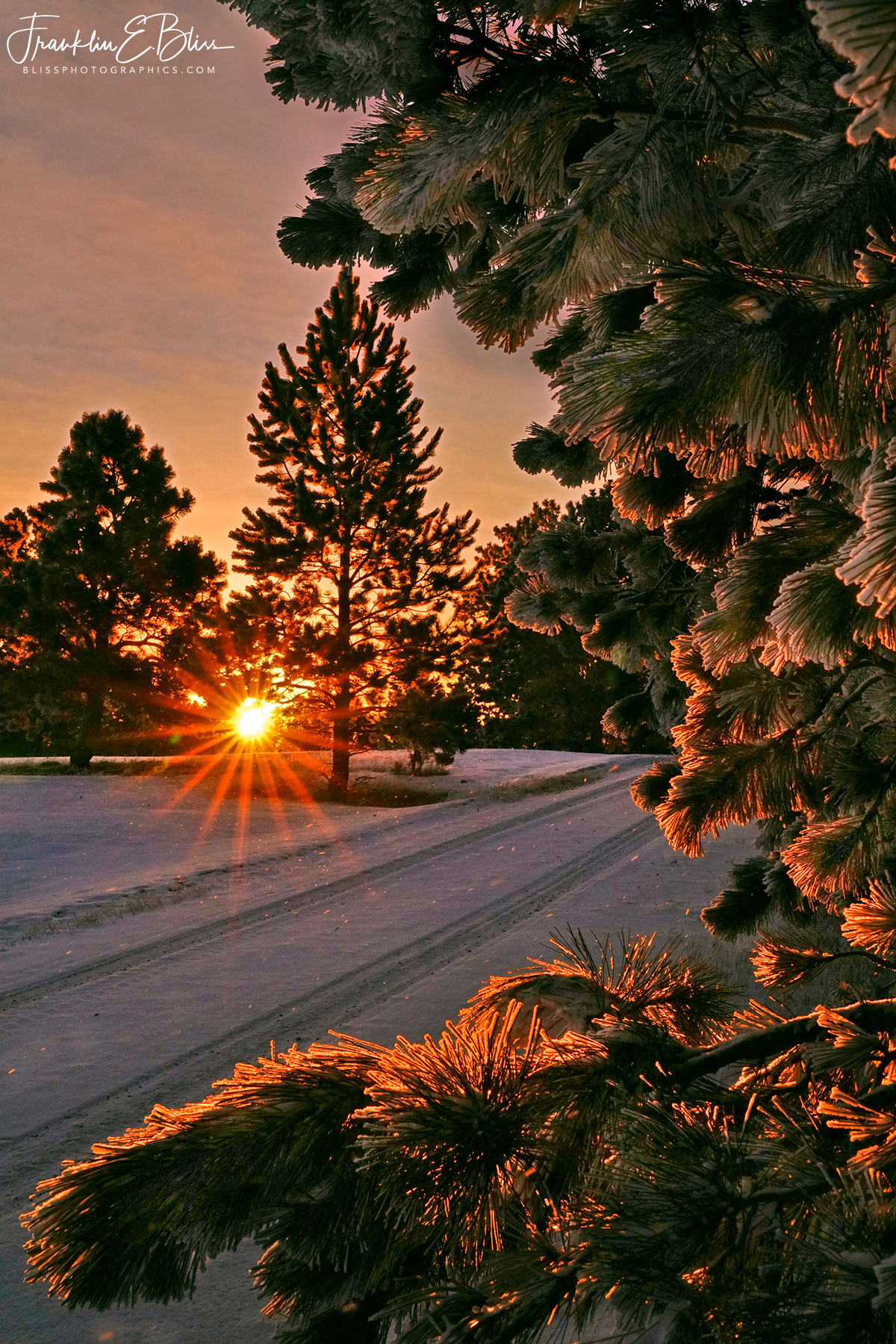 Toward obtaining an image at -2 degrees F. There was a breeze and I don’t care how you dress, something gets cold lolol.

This Close Far perspective is a favorite way to deal with first light of morning. Fortunately this ridge had a 1/8 inch of Hoar Frost covering all the vegetation. I call these “Pine Noodles” as it just seems to fit. The earliest light as the sun is just rising has a decidedly pink color cast. Usually this is most obvious on the sky opposite the sunrise. The “Belt of Venus” which is a very pink Alpenglow phenomena reflecting said pink light back. Pine Needles coated in ice make a very good projection/reflection screen. This pink color cast is not that common on local vegetation and is usually only perceptible on the atmospheric ice.