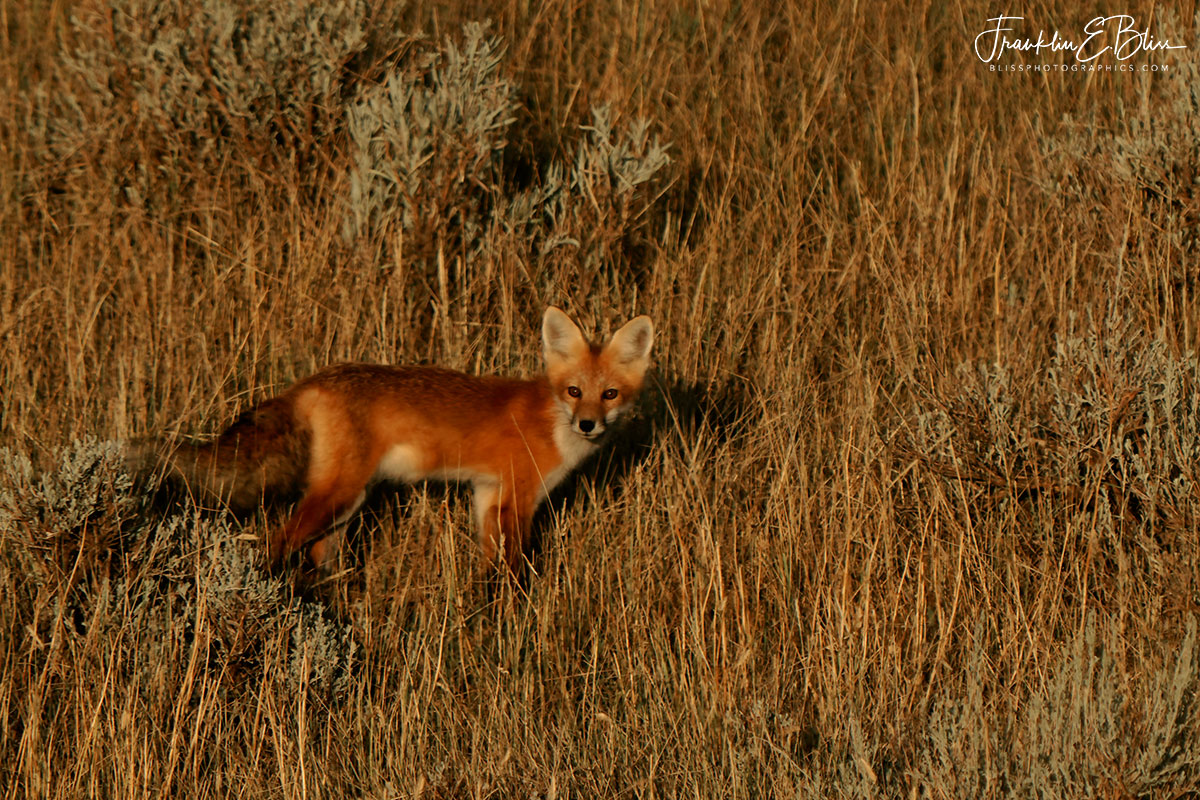 This was a lucky random encounter while coming back from photographing the sunrise. I almost never see these guys so it’s a rare capture for me. About 5:49, the sun had just risen. Positioned perfectly with the sun behind me. The Fox had to strain to see into the bright sun. The wind was blowing toward me from him so I was a ghost. Pretty much he knew something was there. He was checking out the apparition in the glare.

The Red Fox / Grey fox debate is for another post down the road. I “Believe” this is a red fox. I can’t seen the tail tip. It’s not an insignificant discussion since the Grey and Red Fox are different Genera of Canid entirely. Not just two different species. Vulpes vulpes is the scientific name if it is a Red Fox. Lots of information out there.

At the same time 30 feet to the right was a spotted mule deer fawn watching this guy walk across the pasture in front of him. I was too close to get them both in the same frame. I would have LOVED to have had them walk up and touch noses lolol. I’d have gotten it . I bet it’s happened before. Neither species has anything to fear from the other.

These guys are low frequency sound specialists. They can hear rodents scurrying/digging about underground or under snow. I consider them an asset keeping down the numbers of rodents. I’ve never had a fox take a domerstic bird out of my barnyard. I’ve cared for a flock over 18 years. No losses by Fox that I’m aware of. They really don’t like my electric fence. They are however, watering in one of my stock tanks though so I’ll probably see him again. All my Game Trail Cameras of these guys are blurred. They tend to move along.