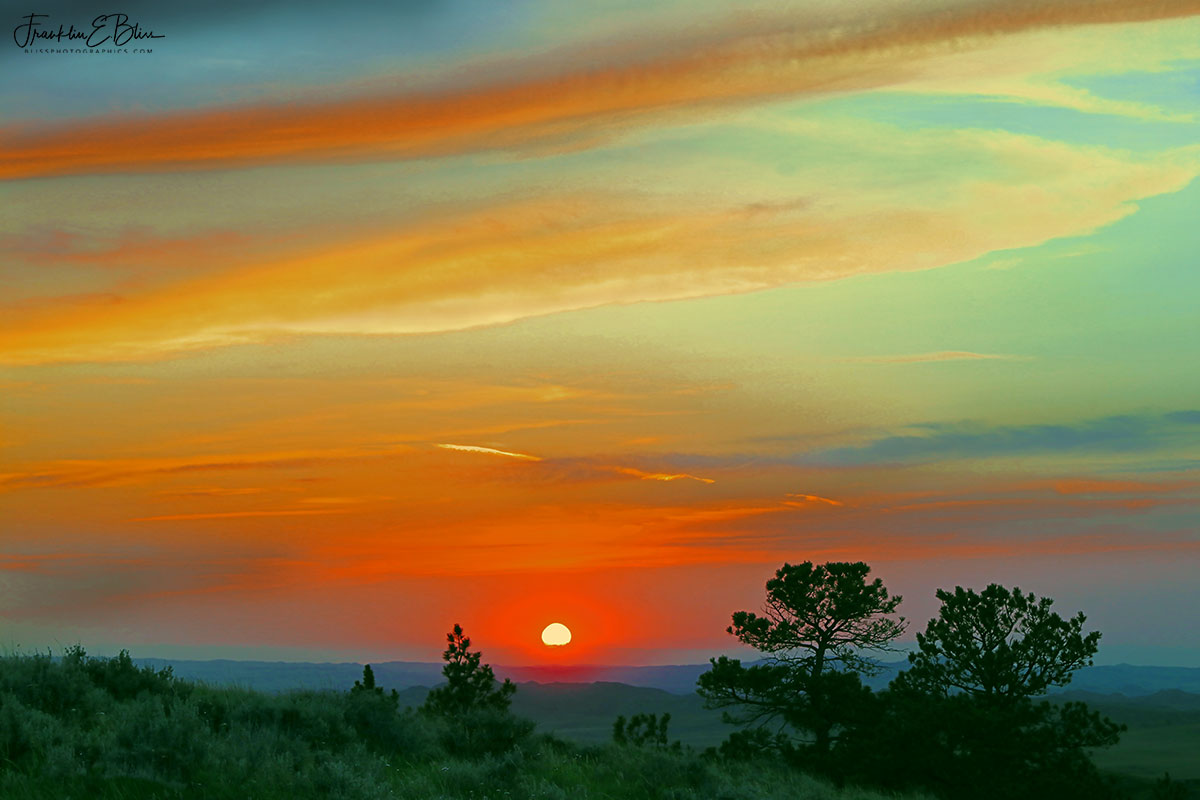 With forest fires way to our west this last summer, some of the sunsets were seriously moderated by the smoke. Any particulates in the atmosphere will act as a defacto filter that reduces overall light along with a color filter. Low in the atmosphere, all colors but the red were effectively prevented from making it to my camera by the hundreds of miles of atmosphere. Normally Yellow light would be a component of the lowest sun but not under these extreme conditions. Up higher in the sky the RELATIVELY unfiltered light was blue (ish). The smoke effecting the sky show from top to bottom. I’m not looking forward to fire season this year. It has been very dry so far heading into early summer shortly.

In all fairness, last summer was a better fire year “up here” though some local smaller fires broke out. We were wet all summer thank heavens. Unfortunately, places like California Burned but we were mostly out of the serious smoke from those events. I’ve seen HORRIBLE air quality here from forest fires west of us . We’ve had days where it was just plain unhealthy to go outside.

The only good part about the big unchecked fires brought on by mismanagement of the forest litter, is the wonderful photographs they bring on downrange of the fires. Having fought a few fires over the years, I will tell you they are terrifying. If you’ve ever seen a 200 year old 50 foot tall pine torch and was fighting that fire anyway, you might be my friend.