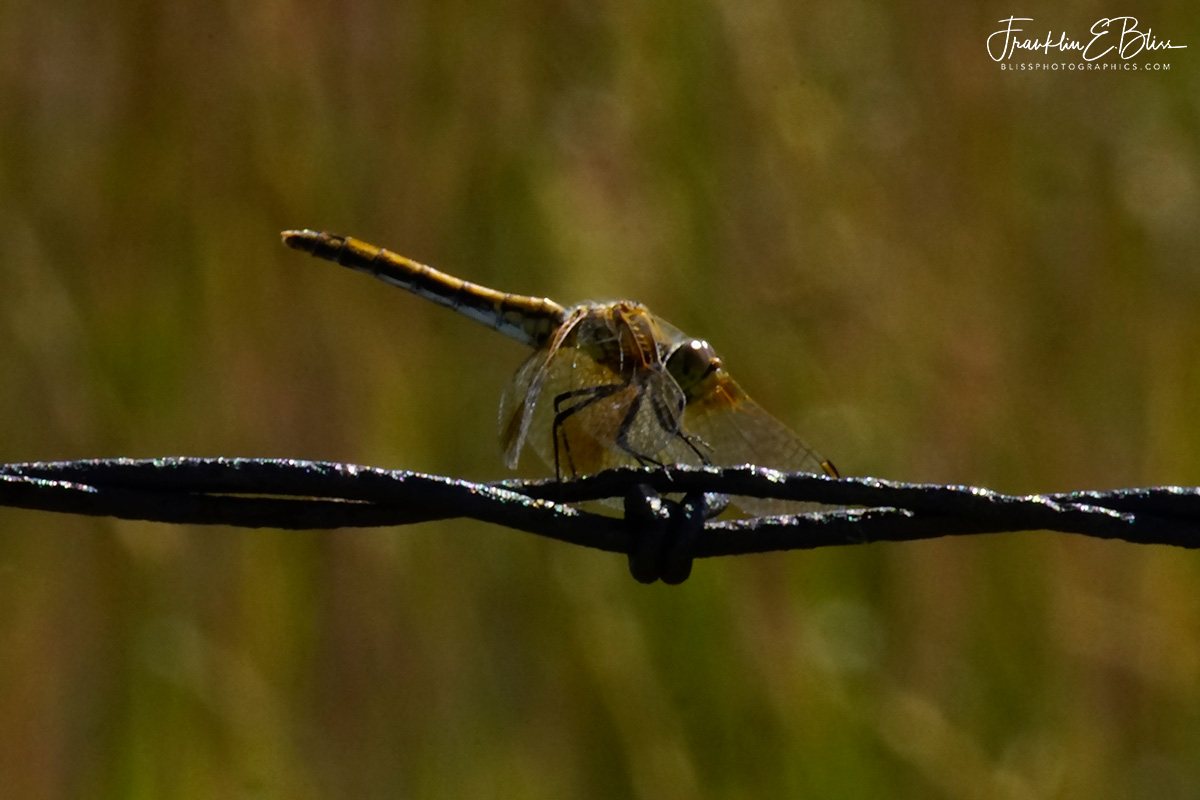 Dragonfly on Barbed Wire (A bit out of season but this is from this summer previously unpublished. )

I’m an opportunistic photographer. Driving along two track roads one sees various things. I keep my eye open for various things, I like to think I see some detail now and again. This is of course whey I find fossils so easily as I tend to detect variations in patterns easily. Here I noticed this guy resting on a strand of old old barbed wire. There are many generations of barbed wire on ranch. This is an old one. The DragonFly is somewhat younger.

Dragonflies are not always loners like this one. They often group into swarms. Bees and Wasps can sting you, Mosquitos bite you but there is something exceptionally magical about Dragonflies.

During the Carboniferous geologic period 300 million years ago, when coal swamps and high oxygen levels allowed it, they grew to massive sizes. With a wingspan of up to 6 feet, they were a force to be reconciled with. They were likely a top level predator of anything they could pick up including small amphibians and proto-reptiles. There were numerous insects for them to feed on of course.