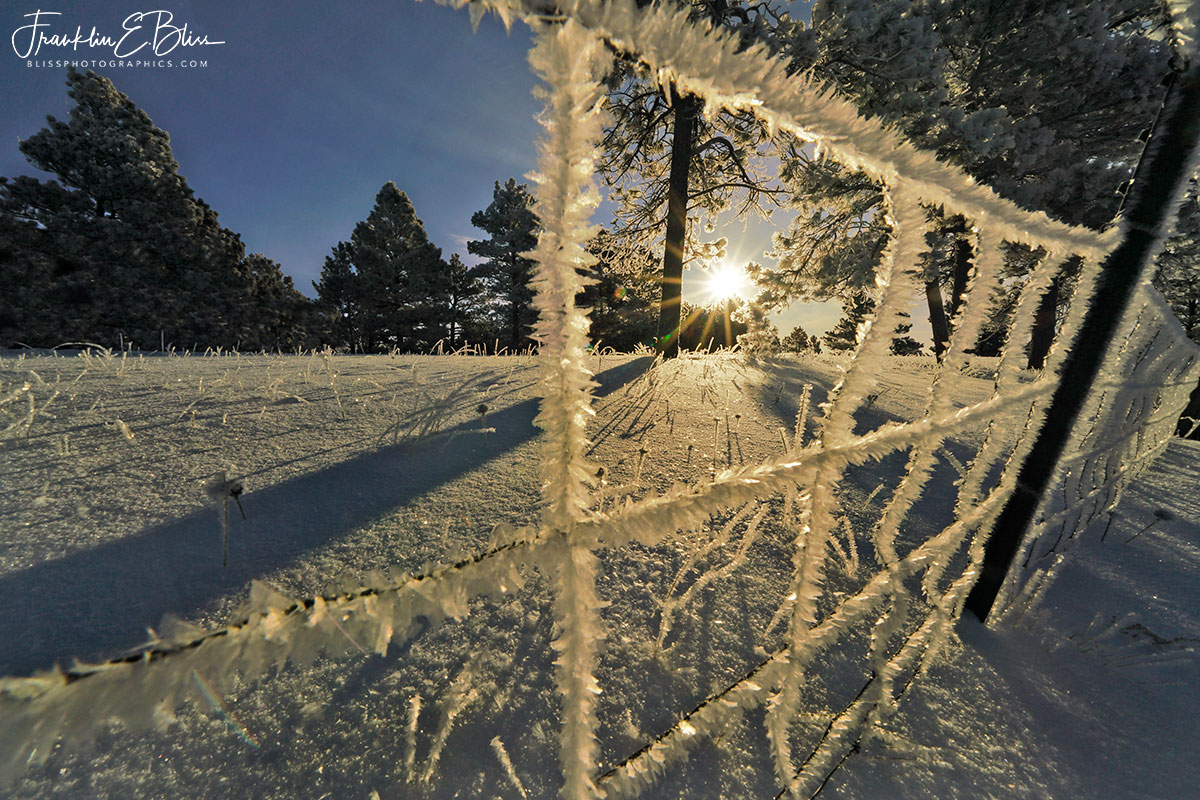 Down Yonder by the Fence

The morning was sub-zero. That which was exposed to the wind, had been covered by Hoar Frost. Freezing fog grew monster ice feathers off every surface that disrupted smooth air flow. I have many images yet to finish from that morning.

Here on the Montana/Wyoming border, the snow is as deep as the backcountry is big . Just a few plowed paths provide access to the high ground. The wind here moves a lot of snow from ridges to the surrounding slopes so if your on the ridge, DON’T get off the ridge. You loose the traction of “position” off the top.

Given the opportunity, I will set up for a Close/Far perspective capture when ever a fence “of interest” is around. This was a very early morning session that started in early twilight and worked for several hours. It’s not every day I see this kind of hoar frost. It does happen but not necessarily every year up here. The highest ridges are 4000 feet above sea level in elevation. Valley fog pushed over higher elevations. Thus creating a fantastic environment for hoar frost growth to prodigious proportions.

Woven Wire Fence: When you absolutely don’t want smaller livestock going from pasture to pasture. It makes a wonderful nucleation spot for ice crystals to grow from. The low angle light was still very spotty. I had to find a “Slit” through the trees to catch this. Working backcountry has it’s little areas of zen. Millions of them actually. We just have to slow down and see them. Capture their photons. The ironically, hurry on to the next little spot of zen lololol. Such is the life of “working” a scene with cameras…. 📸🤔

Title: Down Yonder by the Fence