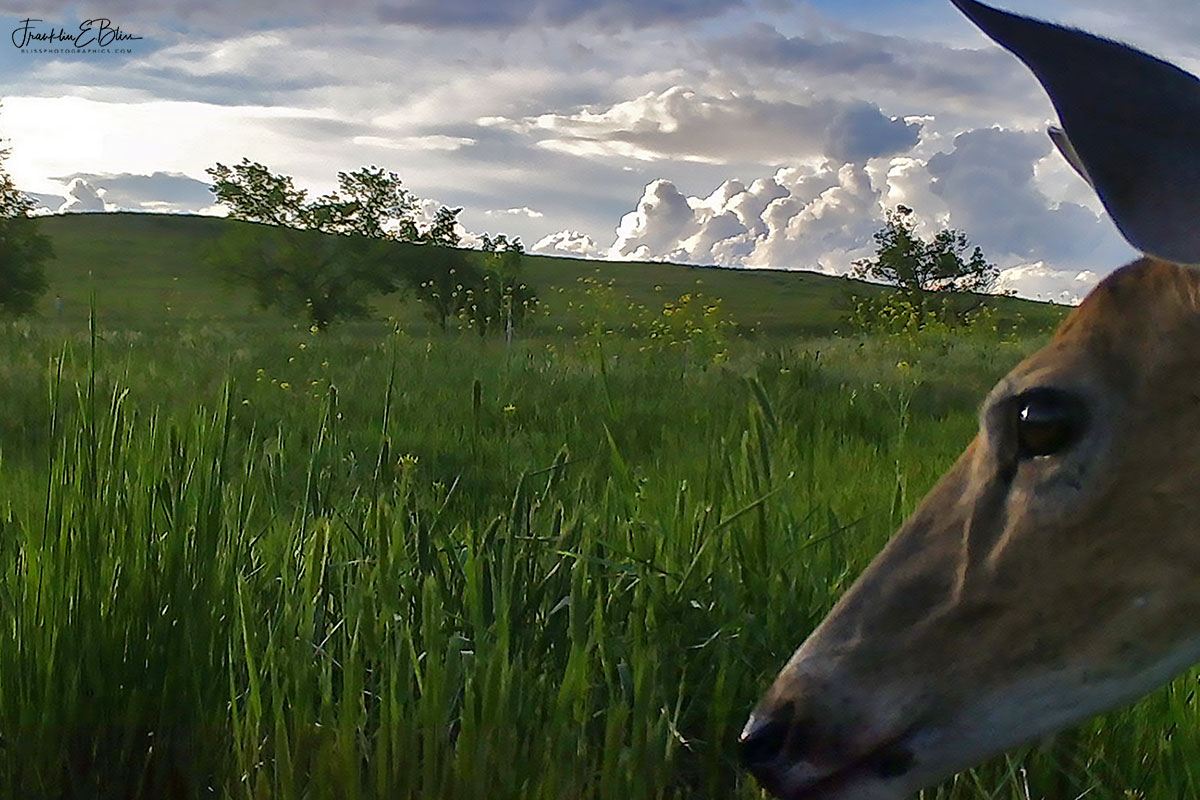 I look at literally thousands of Game Trail Camera images a month these days. Less now because I can’t get to a lot of my cameras until snow melt in the spring. For now those cameras are on their own. Every once in a while, I get an image that just blows me away. This one was sitting in a “To Do” folder I went partially through today. Taken this last summer along with a lot of others and it slipped my attention until now.

Game Trail Cameras are of course limited by the technology of the camera built into the device. This image drives my OCD crazy but I left it un-touched. I was just scrolling through hundreds of black and white night images so randomly this popped up on my screen. I about fell out of the chair. As I say, the image has problems but “holy deer perspective POV batman” say’s Robin. This totally took me by surprise. Probably 1 in 10,000 images comes out this nicely from those cameras. As a photographer/graphic artist, I get enough good images from my network of 29 of these to make it worth my time once a month to visit as many as I can. I usually go out about 1/2 an hour earlier those days to stop and swap Data cards.

This is a White Tail by the bone structure in the face I believe. More gracile than the Mule Deer sub-species that shares the range. Usually there is an uneasy truce but the white tail tend to force out the Mule Deer I understand. We have both but the Mule Deer are bigger, easier to approach and know. I don’t know ANY of the Whitetail around here by an identifying mark. I have several Mule deer that I have known since they were fawns. The white tail tend to head down into the valleys during the winter. The Mule Deer stay on ranch for the duration of the cold drinking water from stock hydrant/tanks we keep open all the time.