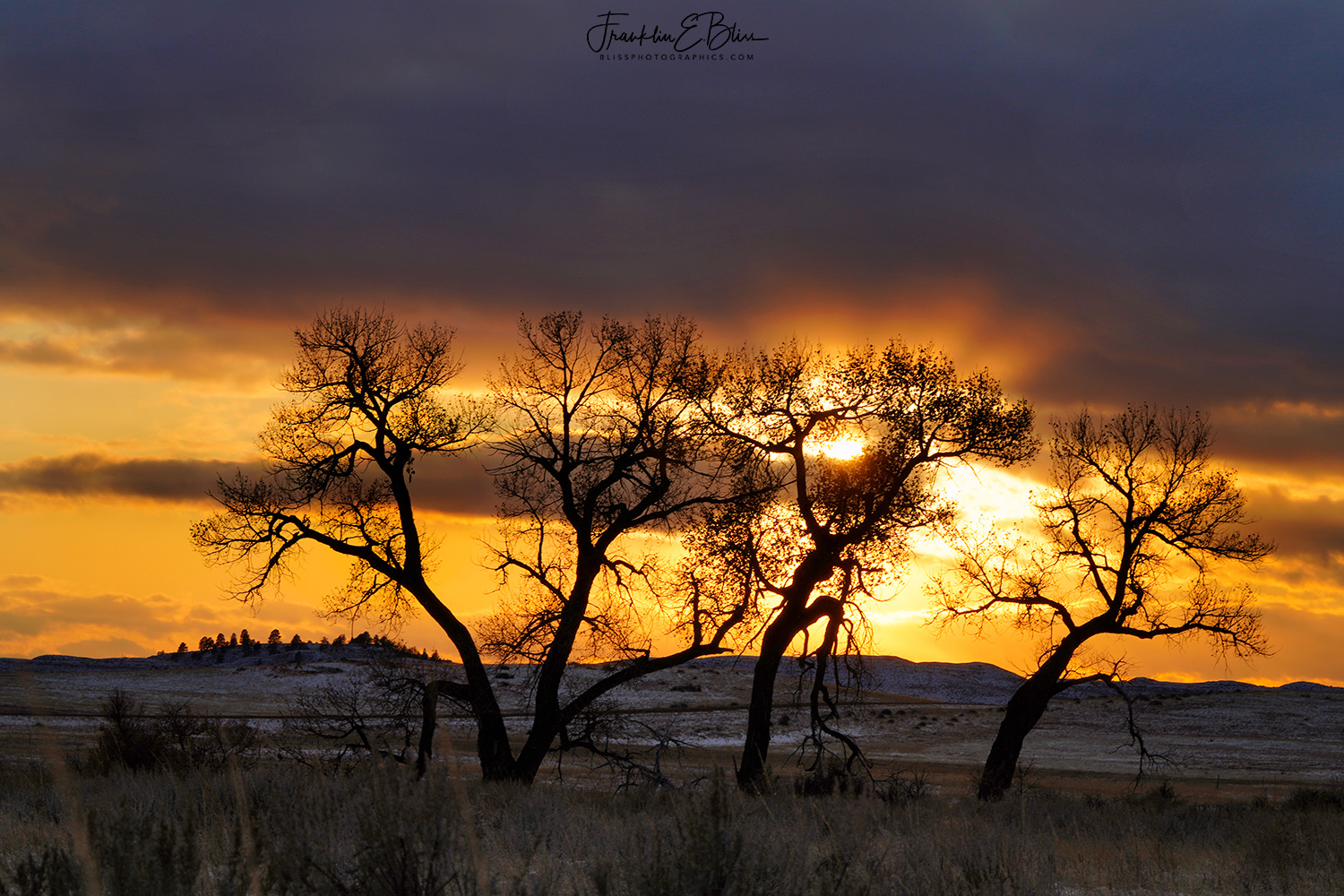 The Middle Tree,…..A silhouette of a Dancing Medusa Mythological Figure instantly stood out. This capture is a result of course of my somewhat overworked imagination 😜 A favorite tree of mine, it is handy to photograph in the late fall and early spring. During those times, where the sunsets changes as the sun migrates south. This gives it an angle that is hard to refute aligned with this location. It’s about 200 yards to those trees from my camera. Filed under imaginary creatures in the trees up here in the backcountry of the Wyoming/Montana borderlands. Title: Dancing Medusa Cottonwood Tree

Medusa was a normal but beautiful Mortal. She was unlucky enough for the Goddess Athena to punish her. Athenas punishment was giving her wings and snake like locks/hair. This along with her annoying ability to turn anybody that looked/gazed at any of her head even for a moment into stone. She is one of the monster figures called Gorgons by the ancient Greeks.

The Medusa was however the Only Gorgon that wasn’t immortal. You might remember Perseus in a legendary journey across the Greece to Medusa’s lair. So much for immortality lolol. That trip culminated with the head of Medusa being severed. It’s head later wielded by Perseus to save Argos from the “Kraken”. This encounter it turned the monster to stone. Perseus was rumored to have buried the head in the marketplace of Argos. I suspect it still lies there🤔

Classic Greek Mythology is certainly from the heads of those also with an active imagination. Hat’s off to those old boys 😀

On “Wyoming Backroads” (where I tend to work when the backcountry is blocked to me by snow.).. The roads are USUALLY open lol.