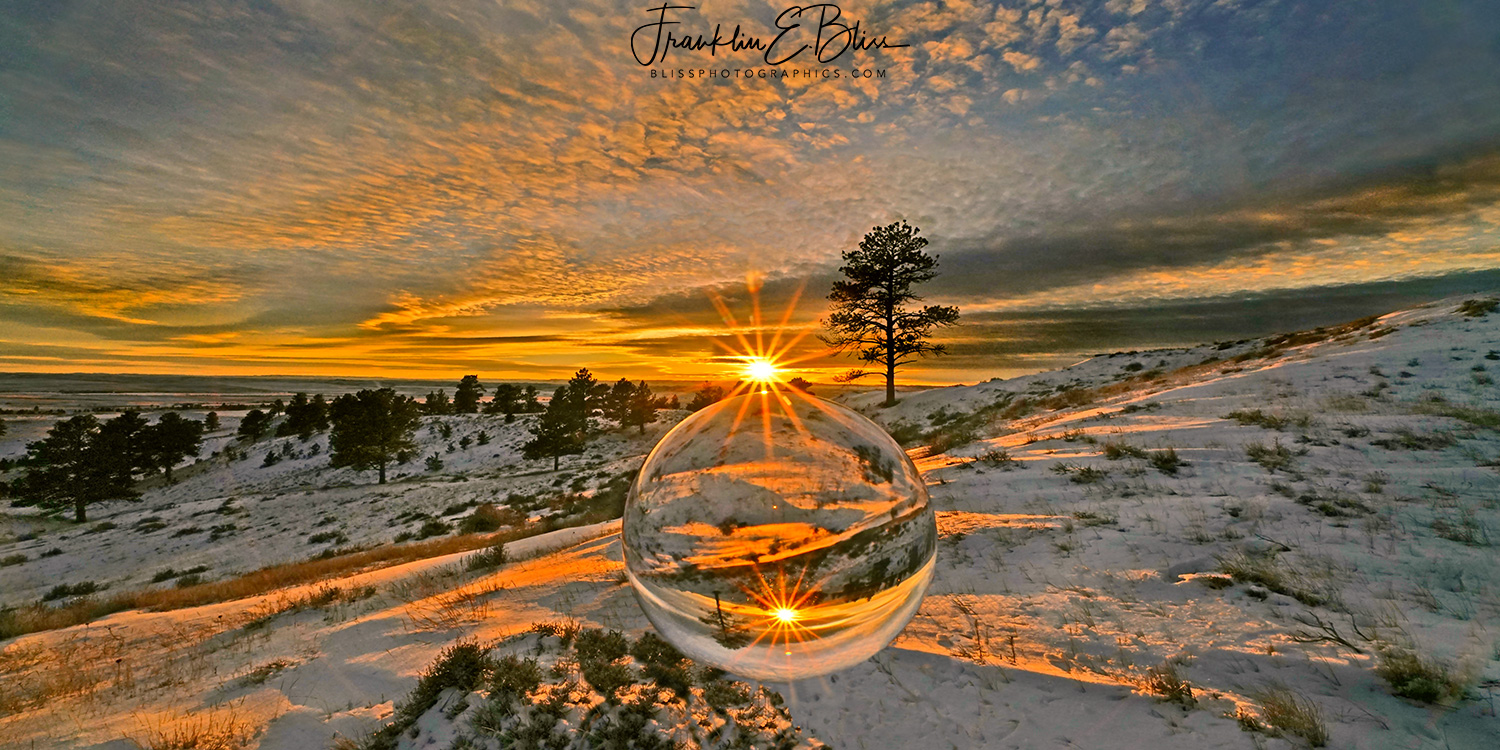 Halloween Satire: Crystal Ball Back Country Sunset…… I found this _other Worldly Muli-Dimensional Portal (wormhole)” floating in the backcountry after the snows. I considered driving into it and popping up somewhere on the other side of the universe but decided to stick it out here instead. After all, I had images to finish in the camera and can’t miss tax time….😜 After all, during Halloween strange magical things happen up here in the remote backcountry of Montana/Wyoming. (both states in this image). (Nobody ever watch “StarGate SG-1 before lolol).

I’m amazed “Sneaky Pete” the Windmill didn’t try to get in on this but I think the 0 degree temps probably kept him from moving very fast. Fortunately the wind was fairly calm up on that high ridge. This was me driving places I’ve been a few times but most wouldn’t drive there in this kind of snow. I had to plow about a mile of two track road with my Skid Steer Loader to get close to this spot where I walked up the ridge to get this shot. I get to use the roads I build up on the ridges between blowy storms in this country. It takes several hours of pushing snow to get up here and once a week it shuts me down. By late to mid winter, I’m about done pushing snow. I get locked out of the backcountry and stuck on backcountry County Roads where I also get some amazing images…. more on that later this winter 😎

Actual photo short the support for the spherical optical quality lens ball removed in the digital Darkroom but don’t tell the kids that 🎃. So this is ART not a pure photo. I removed a small support under the sphere in Full Disclosure. This is VERY wide angle and a 2:1 aspect. 10mm lens.