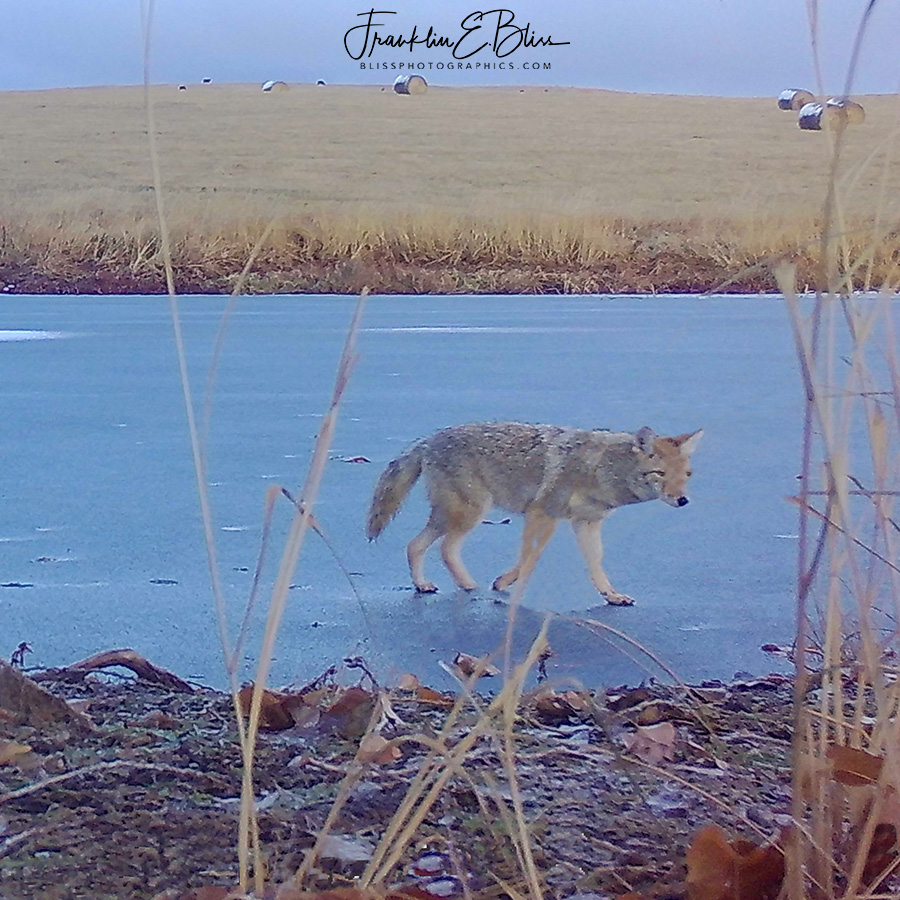 Coyote on Razors Edge is a Game Trail Camera Capture.

The metadata attached to the image showed 45 degrees F. . The ice was not thick to begin with. You can see the tracks behind the canid as he trots along the shoreline. He’s right on a razors edge here…. I’m thinking that this is not a good habit for a coyote to have. Hard to argue with the image though lol. He’s just a few pounds from breaking right through to the lake below. It’s not really deep where he is but there are deeper spots around the edge of this lake.

It’s got to be easier walking than on the shore but that ice was NOT that thick. I have several captures of this fellow over several days doing this same thing. Each is unique in it’s perspective as I have several cameras covering this area. Each camera has it’s own characteristics of color and exposure based on light conditions. They are after all…automatic cameras.

I’m currently running 29 game trail cameras. It takes several trips to check them all. I usually do it while I’m actually at a location. I’ll be picking some cameras up for the winter. While others I’ll refresh the batteries and let them run all winter. I’ll check them in the spring, swap out SD cards (modern digital image storage chip). Then freshen the batteries is the final task. A good game trail camera will use 16 – 24 AA batteries a year.