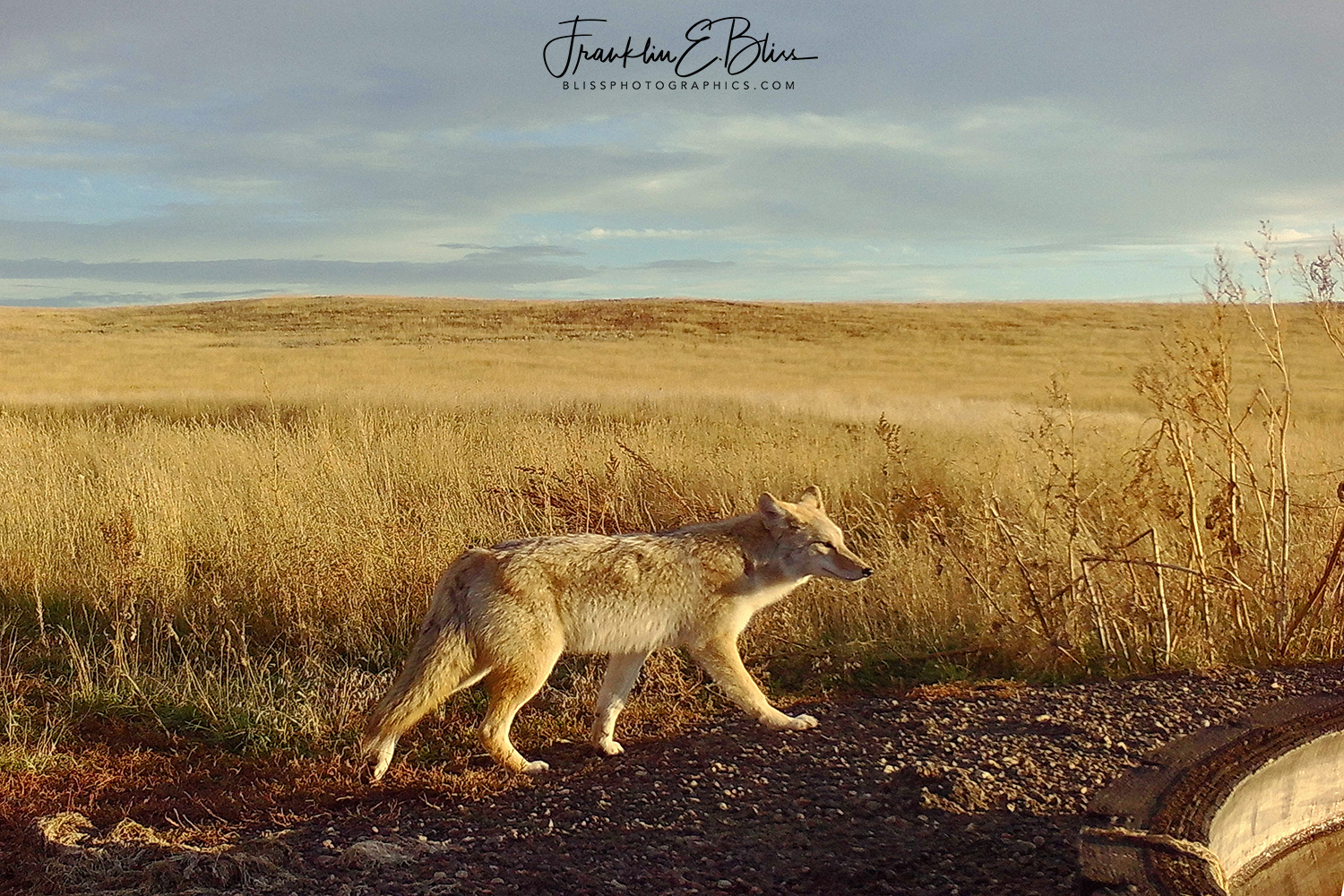 Perfectly colored for the grass this time of year, this Coyote Breakfast: Morning Sip of Water …. That along with a pee over in the corner is what a Coyote’s breakfast usually consists of lolol.

These guys are mostly mouse hunters. Unfortunately, they do kill livestock babies, (calves lambs other wise known as a bad thing). They keep a Llama breeding industry thriving to keep them away and they keep a LOT of Coyote Hunters occupied (which is also a good thing). Generally ranchers try to eradicate them if they are hanging about. Ranch cats are always under threat of coyote’s.

Value of a Good Electric Fence:

This guy is a mile from my homestead which is surrounded by a very effective electric fence system primarily to keep deer out. It usually keeps everything else out too. There aren’t a lot of gaps in that electric fence larger than about 1/2 a foot lolol. It took me a year to get it right and about 3 months of solid work but I have a little 10 acre island of mostly wild critter free zone.

Living in the backcountry of Wyoming/Montana, we deal with it’s other night creatures besides coyotes too. Skunks, raccoons and porcupines run about and do occasionally get inside my electric fence. As a system to keep out most things, it’s very effective but the very small do get in but they do learn to keep their tails down and not up where it hits that fence lololol. All my cat’s know that game with the low electric fence wire. Keep that tail down or get knocked down lol. The dogs however don’t react well to porcupines and skunks. Fortunately we’ve been pretty lucky only pulling a few quills out of noses. There has also been a few baths in peroxide and tomato juice and I have my share of skunk stories from living up here.

Fortunately we’ve never had a coyote penetrate our fenceline. I’ve seen them right outside the perimeter before. I didn’t see it but a lion was spotted outside the wire. A few bobcats…. I know many other things hang out but we haven’t noted them. I have plaster casts of Wolf footprints (positively ID’s by a wildlife biologist) from about a 1000 yards from my fenceline at my com tower. I’ve seen bear scat out at my dinosaur dig site and there have been other bear reports locally. You never know what your keeping out with a good electric fence.