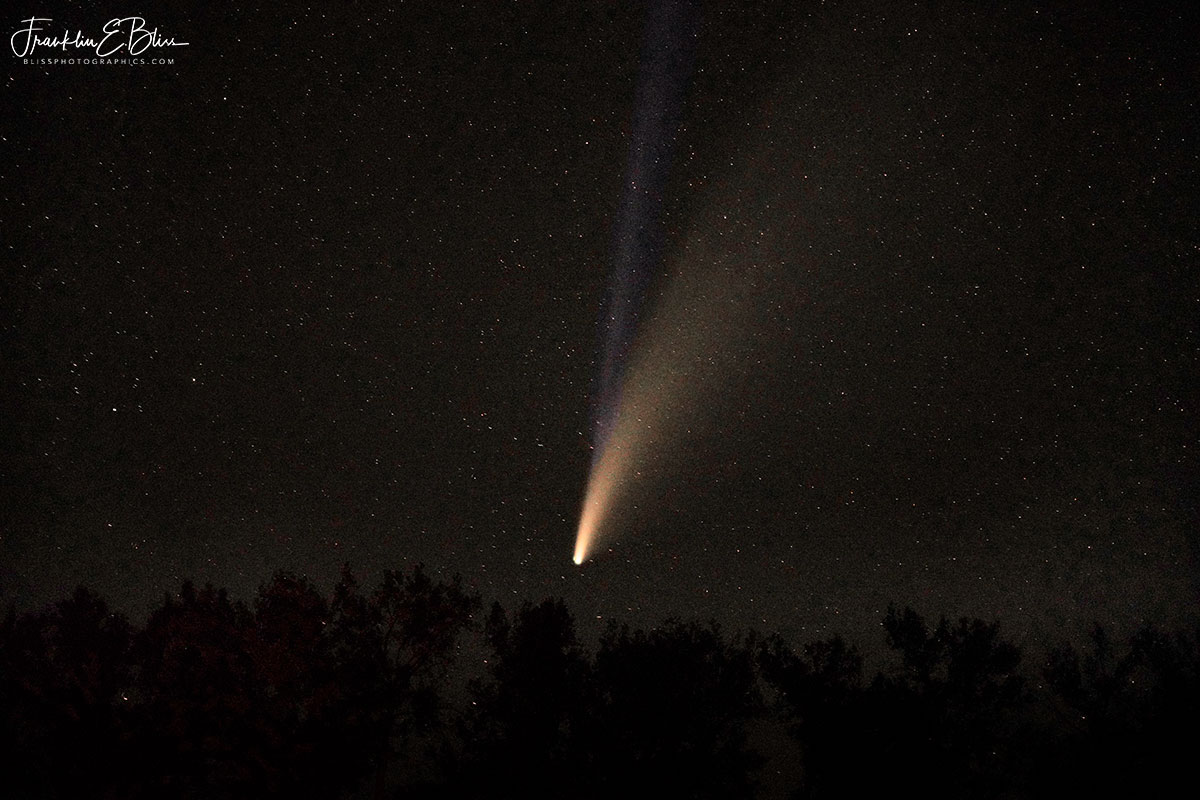 This is my last image of the Comet Neowise this time around. In 6800 or so years, I’ll get it next pass. It is traveling on a big loop around our sun. The bluish ion tail points straight away from the sun. The curved tail of debris off the nucleus is spewing off the curved race track the comet is on. This like so many chunks of gravel from a race cars wheels. Mr. Newton would be pleased to understand that his laws still seem to work. I estimate the light from this comet took about 6 minutes to get to my lens. It was far far away. At .7 Astronomic Unit’s distant from earth, it’s almost as far away as the sun itself when I took this. It is quickly getting further away and is only visible with good gear now. . 📷

Mostly I worked this comet with medium to wide lenses. I did however pull out a big gun for about 30 minutes. First of all let me say, This is a big aperture terrestrial lens (about 6 inches) and very fast at F4. Focal equivalent of 600mm. And I got about 6 seconds of exposure at ISO 3000. Any longer of an exposure and you’ll get long star streaks. I really should have tracked the stars and done minute long exposures at f200. Coulda Shoulda Woulda and all that. I keep pretty busy when I get a once in a lifetime opportunity with such clear dark skies. 👁

Tough to get set up as it was a little windy, big lenses have a high wind profile. A tiny wiggle ruins the image. I couldn’t even see the comet in the viewfinder. I was aiming blind literally. Set the camera in the general direction, take a photo, realign the camera and try again. This took 4 attempts to get it entirely in frame. If you look carefully you can see the tree line at about a mile distant from my camera. Close far perspective lololol.