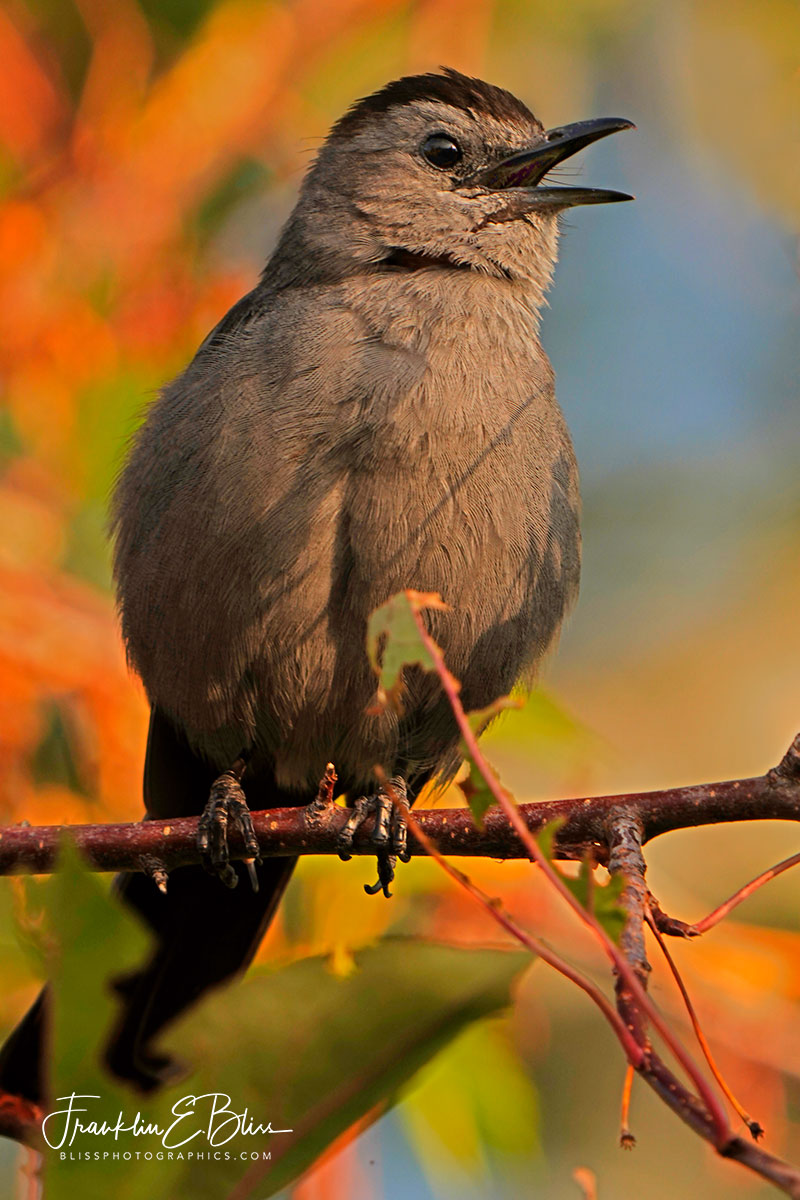 Catbird Up Close and Personal

“Grey Catbird” is the common name. Scientists call it Dumetella carolinensis. What a brazen little fellow this one was. Thrashers tend to be a bit forward with their behavior being a bit cocky so to speak. Medium robin sized birds with an attitude.. They possess a very harsh “mew” creaky call. Usually they deliver their complaints from thick bushes. This one was fairly forward. His presence to be well known was his goal. They are mimics picking up other species calls too. It is unique in North America with it’s uniform dark gray color with the black cap.

I have never seen a bird be so little afraid of our cats. To the point of landing near a group of sleeping cats on cushions and raising the dead with complaints. The ranches barn cats are very adept with birds. This seemingly suicidal all grey entry in our world just didn’t care. It’s been around for weeks now and still bothers the cats who I think try their best to ignore them. He obviously wasn’t scared of the big one eyed photographer. All the while advancing. Pointing a 28 inch long lens at him.

Talk about eyelashes. You can not see them on it’s right eye but it’s left eye’s lashes through the open beak says it all lolol. This fellow has made me laugh more times than I can count. He is predictable and consistent in his behavior toward anything in his domain. We just are staying here by his permission I’m pretty sure.

Title: Catbird Up Close and Personal