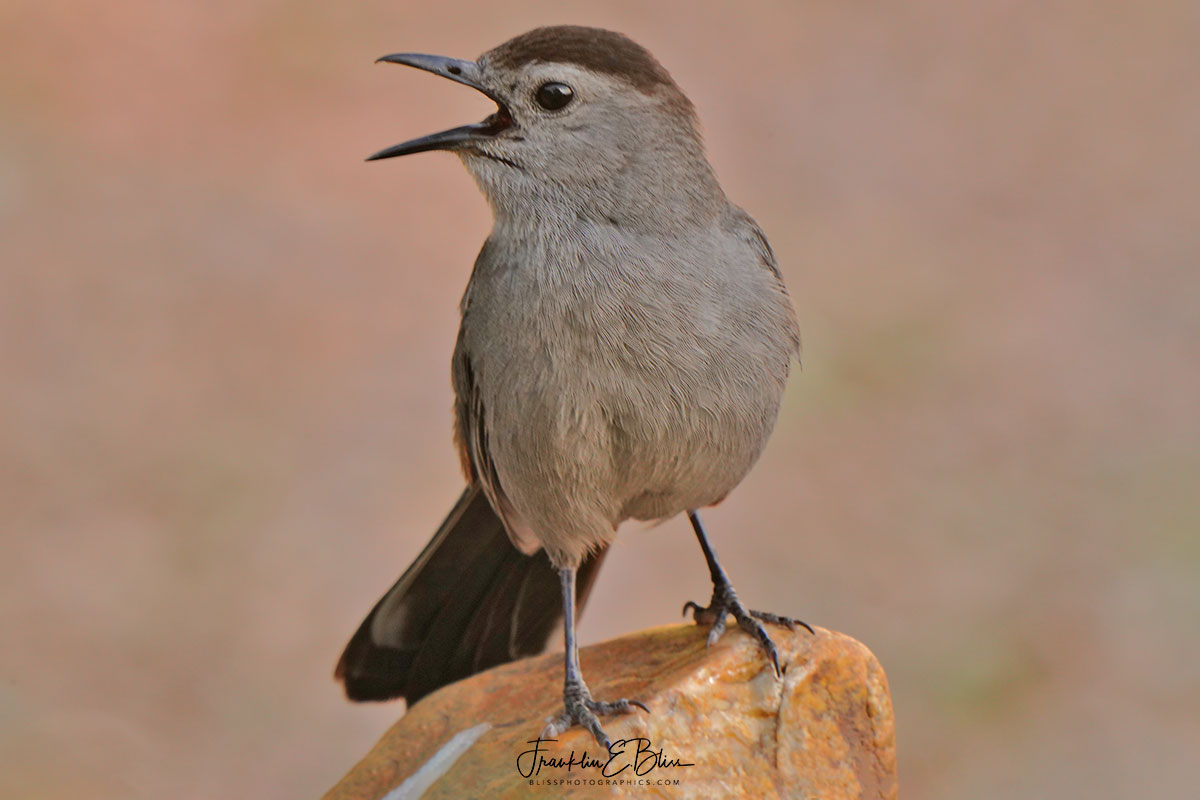 Catbird on a Montana Agate

I’ve been observing this 10 inch version of the “mimmic thush” . Slate grey exactly this color, it is easily recognized by it’s “mew” sounds. Supposedly that is how it got it’s name.

As far as I can tell this one is totally fearless of the ranches barn cats. It goes over to make a big racket at the sleeping cats who now want nothing to do with it. I think the “Catbird” has found a way to deactivate the prey drive in a cat. He is in and out of the thicket, is VERY quick. I suspect the cats don’t have a chance, they know it and are just ignoring the non-dinner.

This particular bird is just slightly interested in complaining about my presence. Now and again I’ll be unloading cameras in the morning, over it comes to fuss at me. Well It was fussing while I was using a 1200 mm lens handheld at 18 feet. He is VERY bold and forward in his need to be present. A force to be reckoned with in his own mind I’m sure.

This is NOT a crop but a full frame image. Normally the background would be green in this image based on it’s location. At the moment it’s remarkably brown after the hail storm three weeks ago denuded the area behind. All brown now ….

Title: Catbird on a Montana Agate