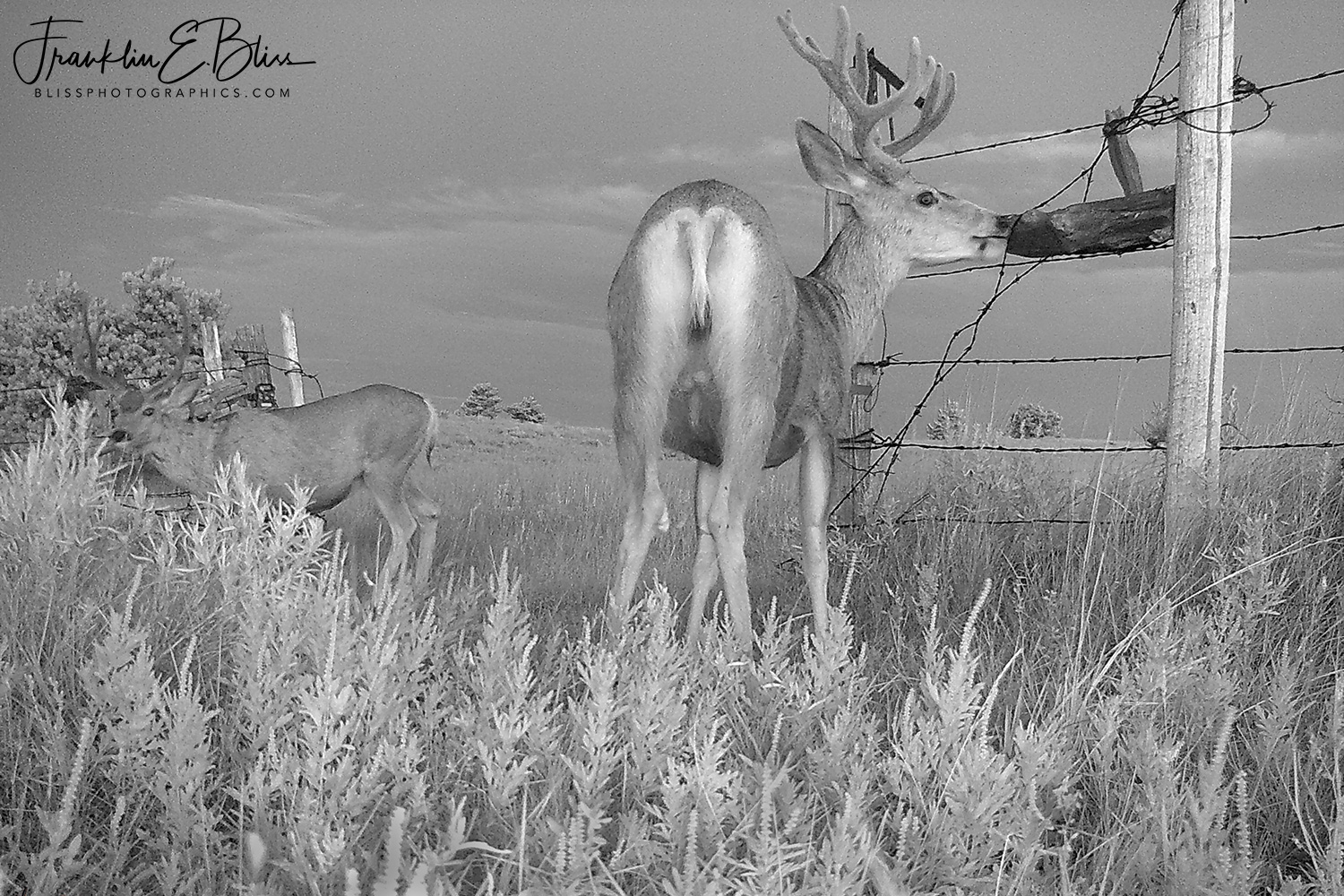 Quality game trail Camera image of 2 Bucks Captured by Infra-Red. Out in the deep backcountry, they don’t have too much to fear up here but a few lions and human hunters… This particular night was full moon lit up so there is pretty even illumination here. There was definitely and IR flash as you can see from the highlights in the grass. I seldom get images “at night” when EVERYTHING in the landscape is visible. It takes a full moon to do this…. Hunters moon and all that. 🙂 It’s rare for me to have black and whites except from my Trail Camera captures. Most of the night shots are un-usable. This one…I think I’ll keep around lolol. 📸

This image reminds me of the old joke about the beer drinking drunk slurring out “how much are Dddeer nuts” and the bartender say’s “under a buck”.
These are well hung…err racked… err I mean nicely antlered bucks obviously🤣🤣

Still in Velvet in this September Image. That gate is currently closed to keep cattle in the far pasture. So this wildlife funnel is down for a few months and the cameras doing duty somewhere else… I move cameras around as the gates open and close around the ranch. It is a constant shuffle. I really don’t like cameras in with cattle as they goo them and otherwise mess with them. I’ve had them open cameras before which is less than ideal for the generally water resistant nature of the devices. I’ve got closeups of blurry cattle tongues “wiping” the lenses of a 200 dollar Game Trail Camera. Perfect lolol.

I’m thinking the deer in the background is a bigger buck but the contrast isn’t there to see it easily. Again, this is a game trail camera image so it’s a bit coarse.