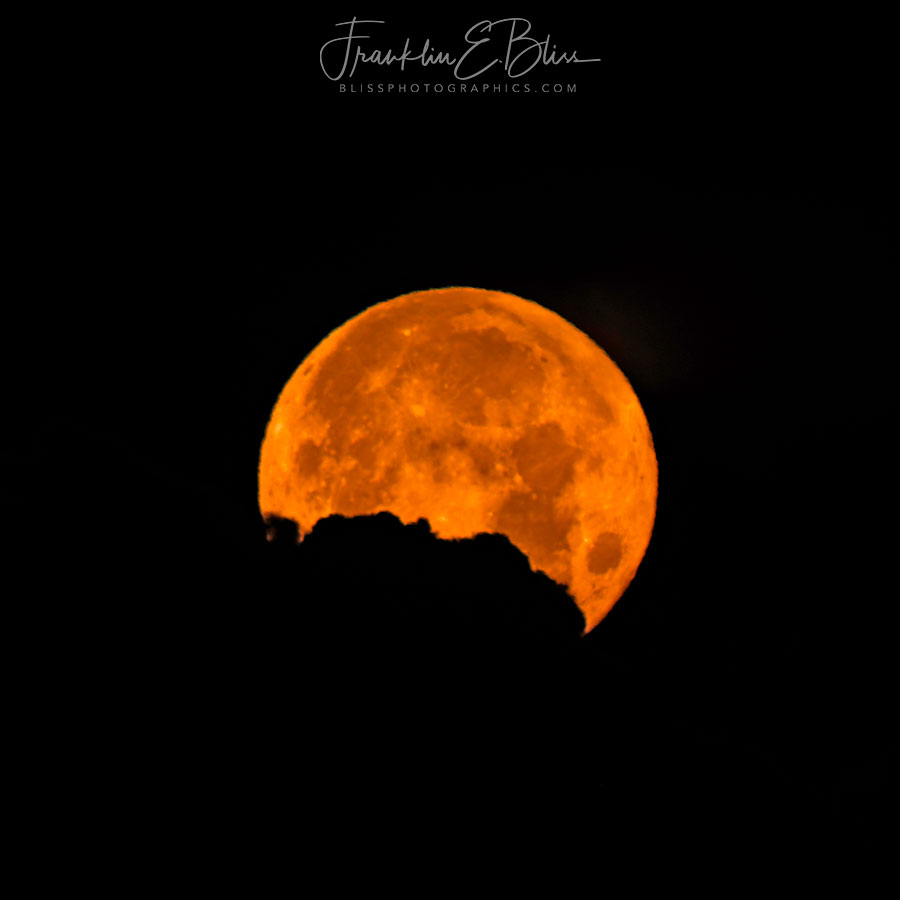 Algonquin tribes of what is now the northeastern United States called this full Moon the Buck Moon. Also called the Thunder Moon because of early summer’s frequent thunderstorms. It lived up to the latter name as several thundershowers moved through the area during it’s time full this month. The Europeans call the July Moon the “Hay Moon” for the activities this time of year in the fields. Also coined the “Mead Moon” for the honey gathered in it’s making.

The Silhouette here is a result of a setting Moon settling behind a thick cloud back at the horizon. (Actually the earth is spinning, the horizon rising with the moon relatively stationary but don’t worry about the way things really are 😜 ). All occurring during early morning twilight with it’s dark western sky. Little light was available for the camera to see the cloud. Only a silhouette offered it presence to be known.

The moon being close to the horizon, the atmospheric lens effectively distorting it’s normally sharp edges. This was the color of the moon during this particular encounter with it. The moons color is all about the color of the light making it through the atmosphere to my lens. This weekend provided me 4 weather windows to the moon rise. A different color of disk appeared for each timeline. I have more files to download from this months limited opportunities to catch the full moon low to the horizon. I worked it every opportunity I was given.