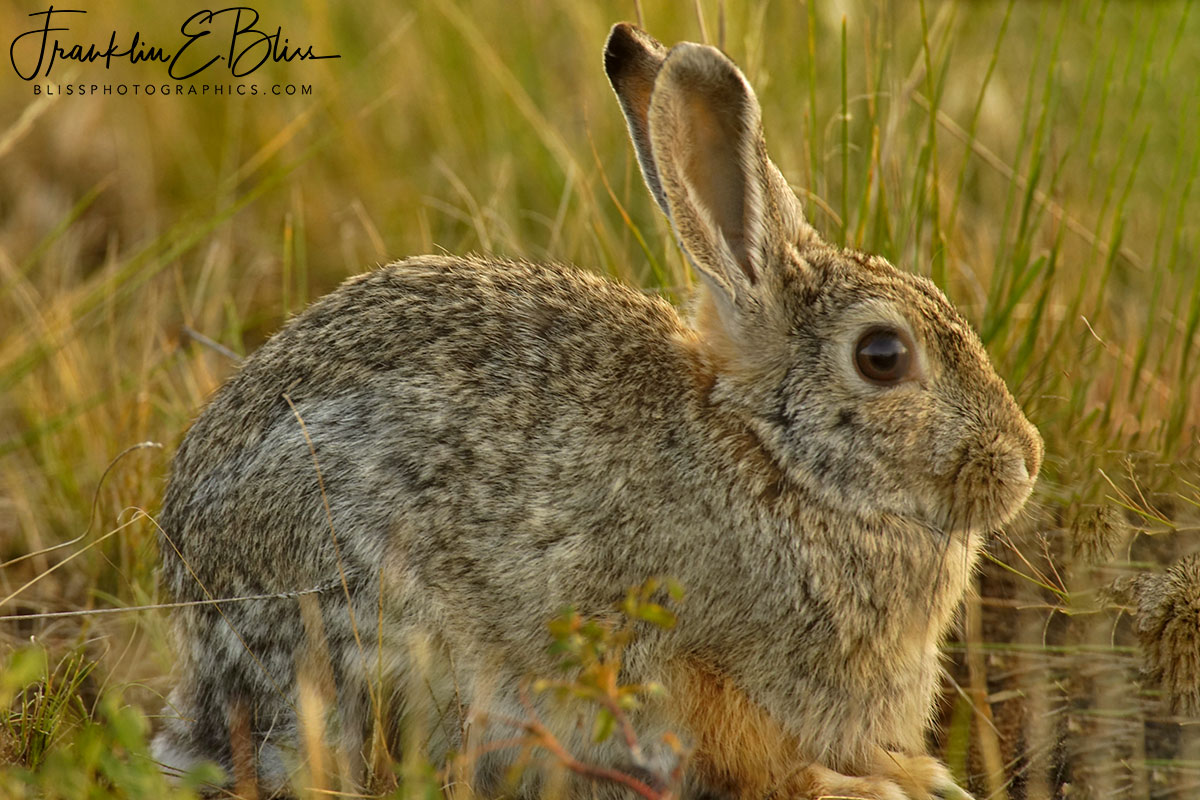 This is Peter’s long distant cousin Bubba. Bubba Bunny is not that common around the Ranch as our ranch cats consider them fair game. Even the larger Jack Rabbits give us a wide birth. We have 6 Barn Cats (vaccinated and well cared for). The best small rodent control devices created are cats. The cat’s fortunately don’t bother my flock of ducks and chickens but somewhere along the line these long eared fellows became menu items. I had to get way away from the homestead to run away from their influence to photograph one.

I haven’t seen a plague of rabbits since I’ve lived up here but historically there have been some major problems resulting in some state wide hunts. The state used to offer bounty on the Jack Rabbits (this is a cottontail) with some hunts filling up the back of pickup trucks overnight. They were out of control occasionally. They needed predation to take care of their numbers. Some of the problem was the elimination of a portion of their natural predators. The introduction of western hybrid monocultural grains probably had as much effect on their growth spurts at various historical moments.

However since about 1880 they have been in general population decline with notable exceptions notably. Locally this year I have noted a lack of Whitetailed JackRabbits. These little cotton tails are around and are hunted of course. They are only seasonally pursued by law. Jack Rabbits are hunted all year.

Jack Rabbits will attack you if they feel threatened or provoked. Being charged by a Jack Rabbit was no fun for me. I didn’t enjoy the prospect.. It happened very quickly. He had evil intent but he lost the fight. Jimmy Carter had a golf club, I had a bolt action rifle in .257 Roberts at the time…. He ceased being a threat 25 yards out. I would never shoot a cotton tail unless I was really hungry. Well if he was the size of a Jack Rabbit I would too lolol. Good Rule to Follow: Don’t charge at a guy that builds guns and ammo for his day job.😜