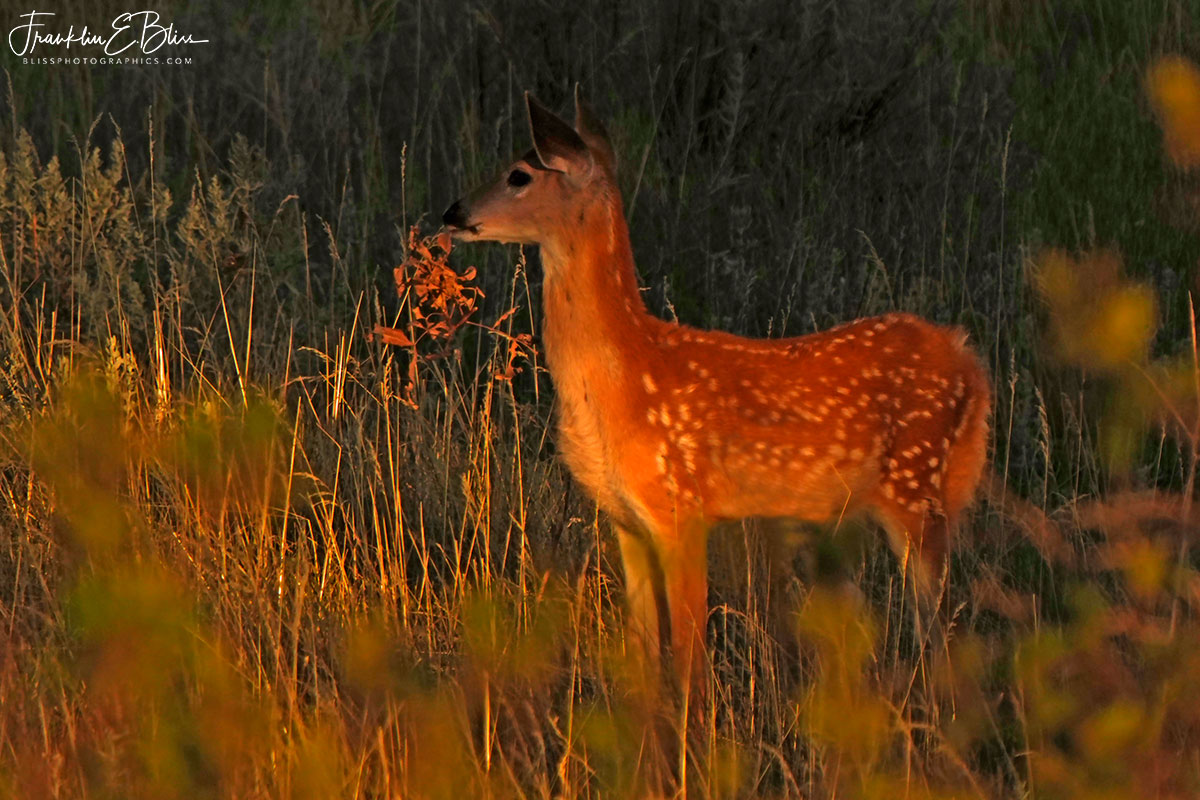 I had the high ground AND the sun at my back. I was almost invisible to the actors in this play. One was off frame left. Simultaneously to this capture, a Red Fox was walking through the grass maybe 50 feet away from this Deer fawn. I’m thinking the branch it had in it’s mouth was a peace offering. Perhaps it was a little extra camo to stay hidden. The Fawn was WAY more interested in the Fox than the Fox was of him. Having said that, I’ve never seen a deer fawn standing rock still with a branch in it’s jaws for a few minutes. He was carrying it around like a trophy. He never dropped it as long as I watched him.

I had just a very small window through vegetation to capture this. I watched this little guy for maybe a few minutes before his twin popped out for a second. Then both disappeared into the thicket to the right. The fox was no where to be seen by then. I was working back and forth between them photographing each but have no frame with both. I was working a long lens not a wide lens at the time and this happened very quickly.

So a bucket list item has been recorded. A Red Fox Kit nosing a spotted fawn deer in this light. Now that would be a photo eh? 📷