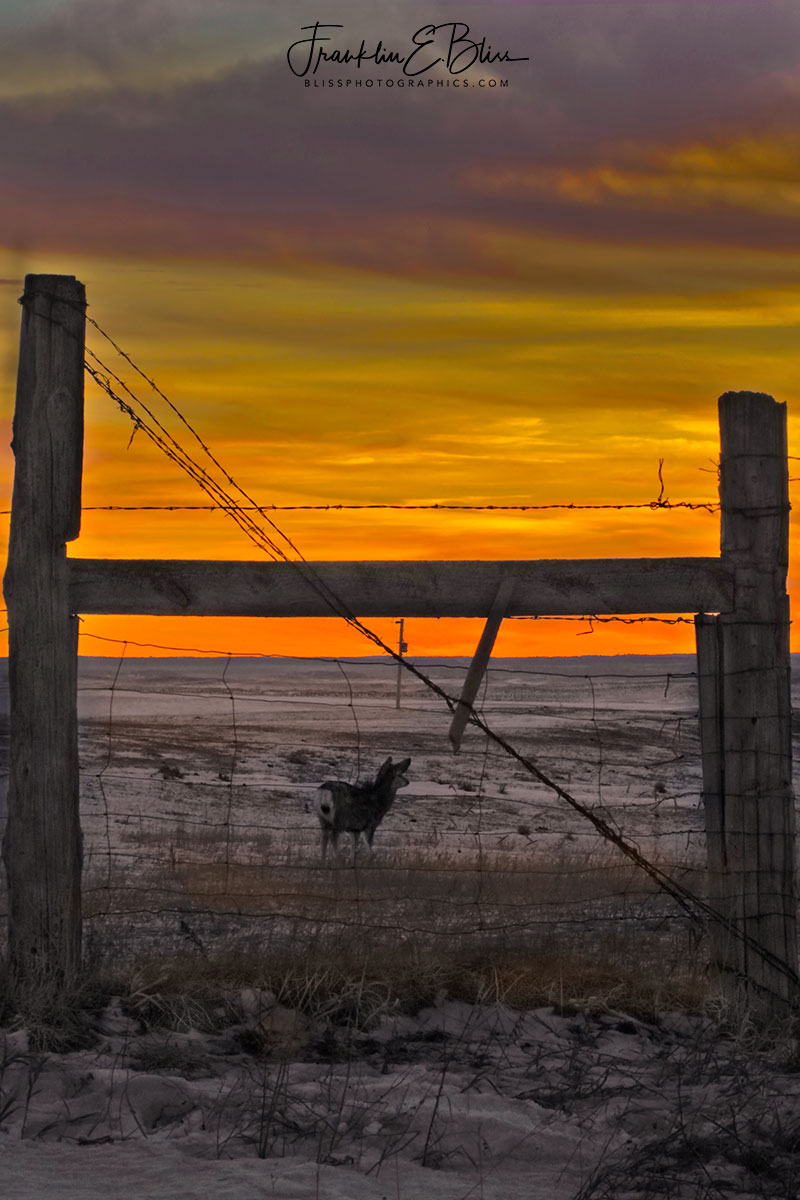 A formally captured and framed fence brace . I don’t always partake, but a “Good Stiff Brace” at the end of the day is mostly a good thing……. (ie Crown Royal etc). This fence brace was a filter for the deer. The sunset was intoxicating all by itself.

This country is big. I drove about 15 miles out into the backcountry to have this mule deer stay put while I composed the capture. It’s always good when animals cooperate… The Orange Twilight was just a foretelling of the sunrise about 15 minutes away. This capture was dead center of civil twilight that morning. A rare power pole and line in this photo. I almost never take images with them in the scene …..

We have quite a bit of icy snow at the moment ….for mid January. I would expect a very long winter as it’s already been a very long winter and it’s still just starting. Live up in hight the Wyotana borderlands can be chilly at times lolol. Never a lack of things to take photos of though 📸