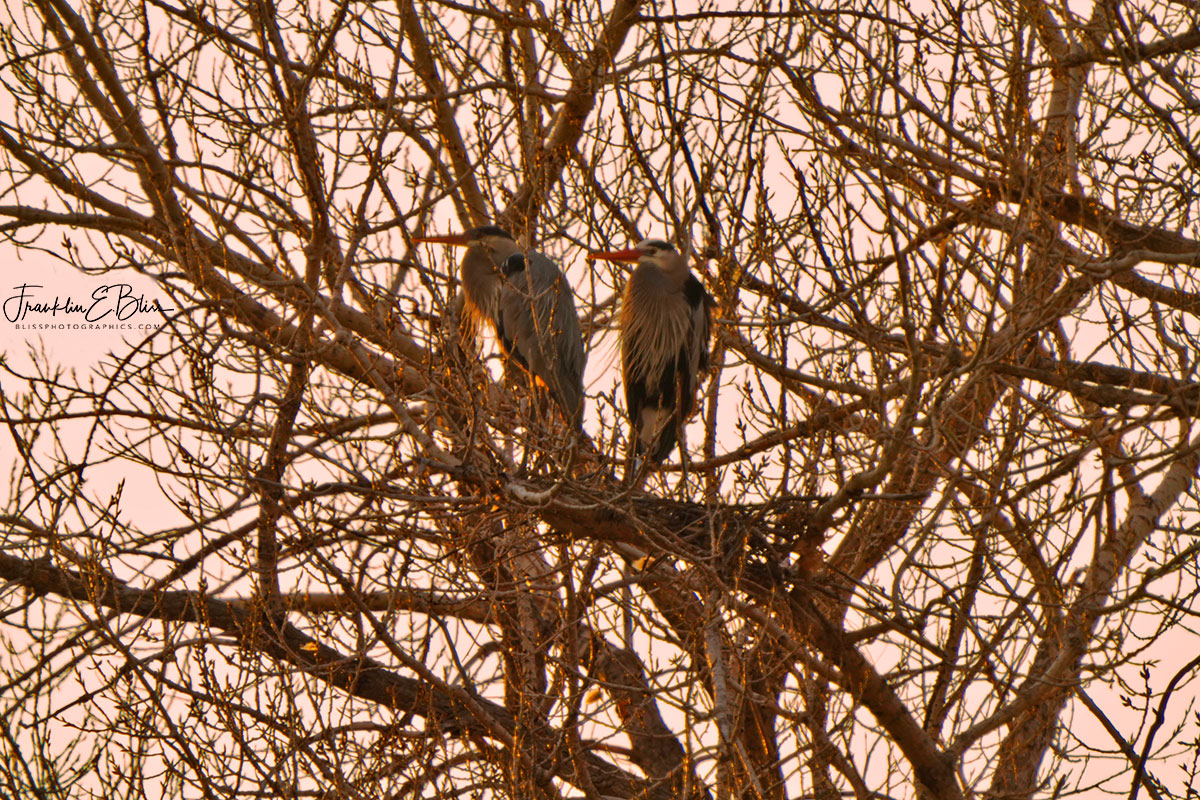 These two could have cared less I was slowly moving in their general direction. They are just starting to build their next with the male bringing sticks to the female. She is the construction engineer of the two. He’s the classic hunter / gatherer. I believe these two killed a Red Tail Hawk I found under their nesting area a few weeks old carcass. Both flew off this AM from the harrassment. So I went to tend to a game trail camera along that tree line. Thusly I drove under the trees in my Black pickup. Screeches above… I watched from a terrible vantage an acrobatic chase routine of Herons getting bombed by 3 Red Tailed Hawks located in this treeline. I’ve seen all sorts of aggressive behavior and posturing between the two different species fighting for the good nesting spots. Raptor/Heron Wars!

I believe these guys more or less consider my truck just a noisy/smelly Black Angus Cow playing Sirus XM 56 most of the time. What’s good about my Ford Raptor is that when I’m moving it runs normally. When I stop, it shuts off to save gas. It is by far the coolest thing they could have built into the truck for photographers.. The vibration from running engines has ruined more than a few images of mine over the years. The Auto-off feature is WONDERFUL. If you take your foot off the brake, it starts before you can hit the gas. It’s all effectively way more quiet by far than my old Trail Friend a Jeep Grand Cherokee.