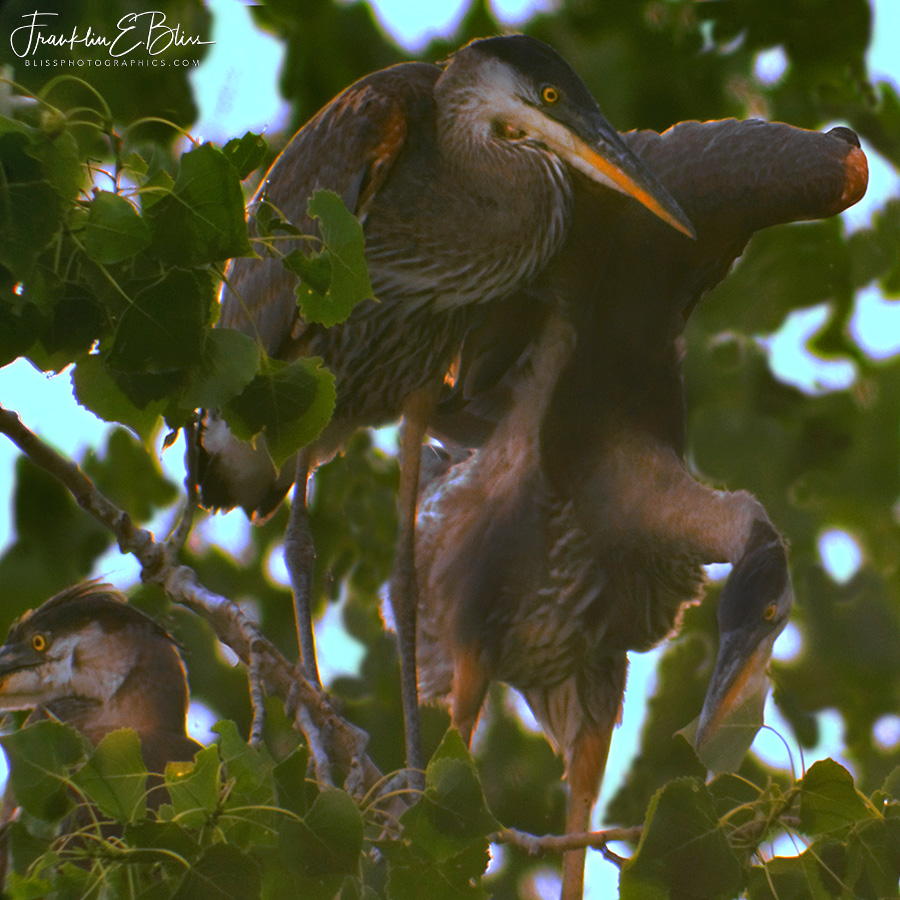 It had just rained and the sky had cleared. These three Great Blue Heron fledgelings were about 6 weeks old.

These largest of the North American Herons have a small rookery of 6 nests/pairs out in the Cottonwoods. Nests built high over one of our wetlands lakes. These young birds are less than 10 weeks old and probably more than 7 weeks. They are nearly fully feathered but weren’t flying at that point. They were waiting “patiently” for both parents to come back and feed them. Almost ready to leave the rookery, these juveniles were stretching, flapping and otherwise exercising their wings.

Great Blue Herons always nest within a few miles of their hunting grounds. This colony is around a string of small ponds. I’ve seen them hunt the shores for years but have yet to catch one spearing a fish with that sharp beak. Adults are masters of the air. I’ve seen them landing on branches 50 feet up that don’t look like they could hold the 5 pound bird. These are very BIG birds with standing 5 feet tall. They sport a 5 foot wingspan. Coming in at just a few mph using the wind to literally float down for a landing. Graceful to say the least. These guys will be lucky if they don’t get wet the first time they fly starting over a lake lolol.

As a species they have been flying a while. Their Dinosaurian ancestry is obviously clear in these close up images. Just add some teeth and a tail and you’d have an Avian Dinosaur. They all didn’t die at the end of the Cretaceous.