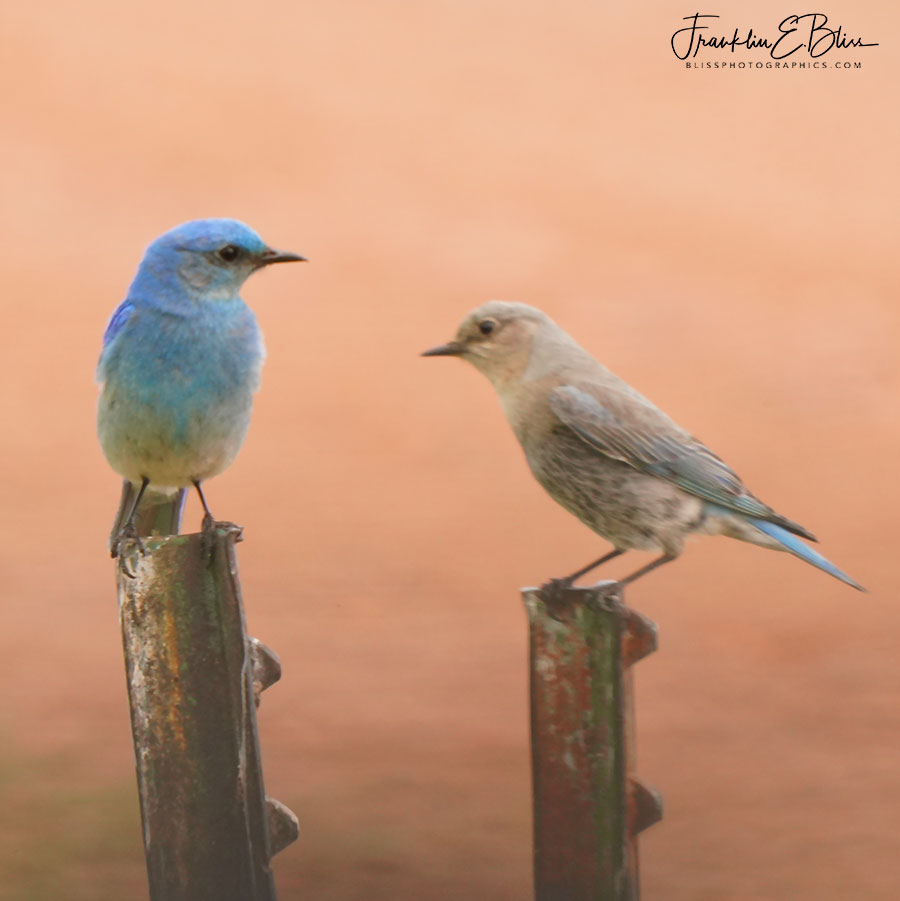 For Blue Monday: A mated pair and a perspective with the female being on a post that is a good 3 feet closer to my camera as the left post. (Thus the “Slight” out of focus way closer female). That camera was actually focused between them to get them both “close”. If I focused on one or the other, one would always be way out of focus. So focus between 😜📸 .. (all about F-stop, this was in deep shade and I had no where to go….).

The 6 inch long one ounce birds don’t make much noise in my experience but a little in the morning. Hard to describe. They are fairly small Thrushes with a round head outline and straight thin bills. Sky blue is how I describe the color but are a bit darker on the wings and tail but with a light patch under the tail and it’s stomach. The female just blue on the tail and wing tips.

These guys hoover while foraging for insects. I’ve seen it many times. These guys were jumping around myself in a rare meeting with a couple of neighbors. We were too close to their nesting area…As soon as we changed position, back to business seen and zipping about and then back to this place. He was flitting around, she was watching mostly . I just by happenstance had an 1200mm camera set up with me. They hoover to catch bugs so they have mastered their environment for sure. We are actually a little low at 4000 feet in elevation for them as they are found to 11000 feet up in the hills. The do like our grasslands though. Lots of bugs out there for them to eat…. Good habitat for most insect eaters.