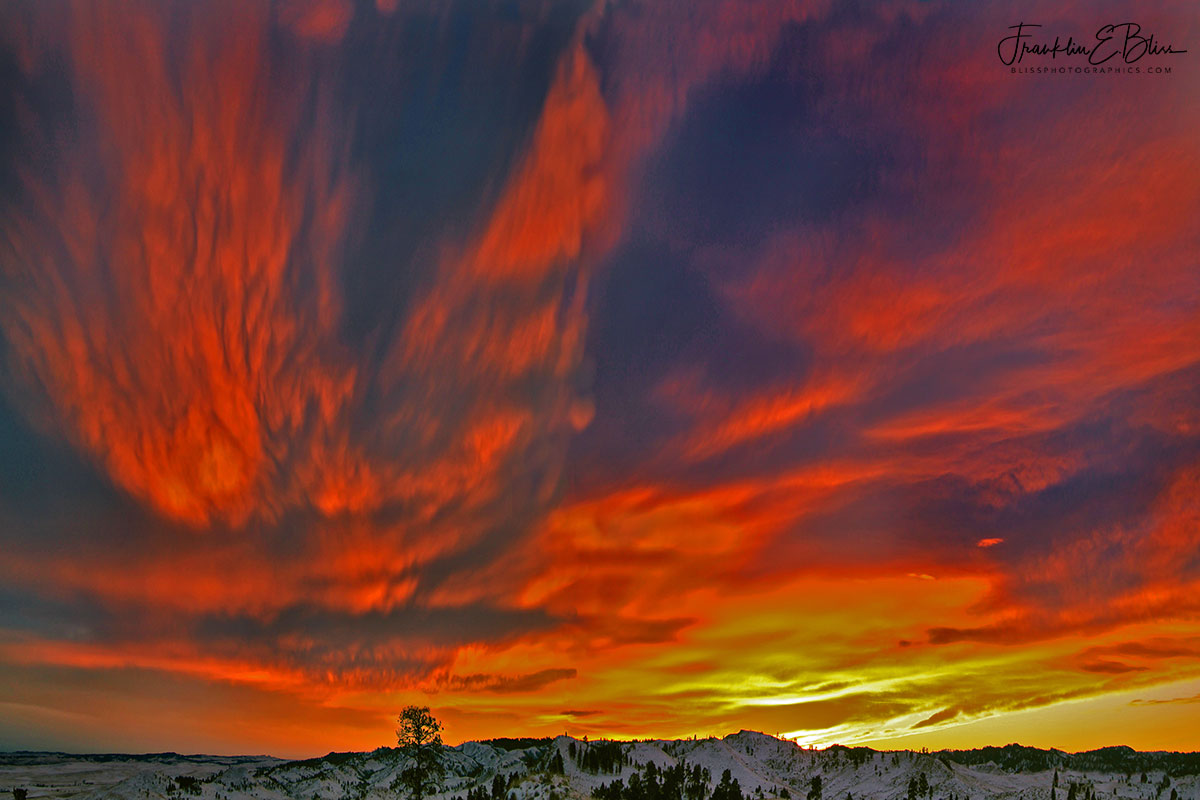 Getting to a favorite overlook for catching a Twilight Moment in the Backcountry in the Wyoming/Montana Borderlands is an exercise in driving remote two track roads in the dark dark lol. I might take 10 or 20 minutes to get into position for a shot like this pre-sunrise usually in late Nautical Twilight where stars are visible early on.

Eastern Skies almost always have better twilight shows than western skies as there is usually more ice in the atmosphere by my observations. Others may disagree.🤣This is in mid Civil Twilight which starts 28 (ish) minutes before actual sunrise. Nautical Twilight just ended and Astronomic Twilight (when the stars just disappear) has been over for a 1/2 hour. IT takes about an hour for the sun to rise. The horizon is actually falling away from covering the sun for the night. Remember it’s not the sun that’s moving. I remind you that it is the earth that is rotating. The horizon is literally falling when you look to the east about 4-6 inches during the time it takes a rifle bullet to reach 1000 yards out.

This Backcountry show starts in pitch black as deep as the North Atlantic Ocean (according to NOAA). Little dribs of color pushing through the dark. . As time progresses, the “volume” of the color wheel is turned up. Such Sky Shows are a pleasure to watch from beginning to end and I have done many many hundreds in totality. I’m pretty sure time isn’t taken off your lifeline for time spent watching sunrises and sunsets.

This is a 1 second time exposure as it is. No wind, dead calm or the pine needles would be a blur.