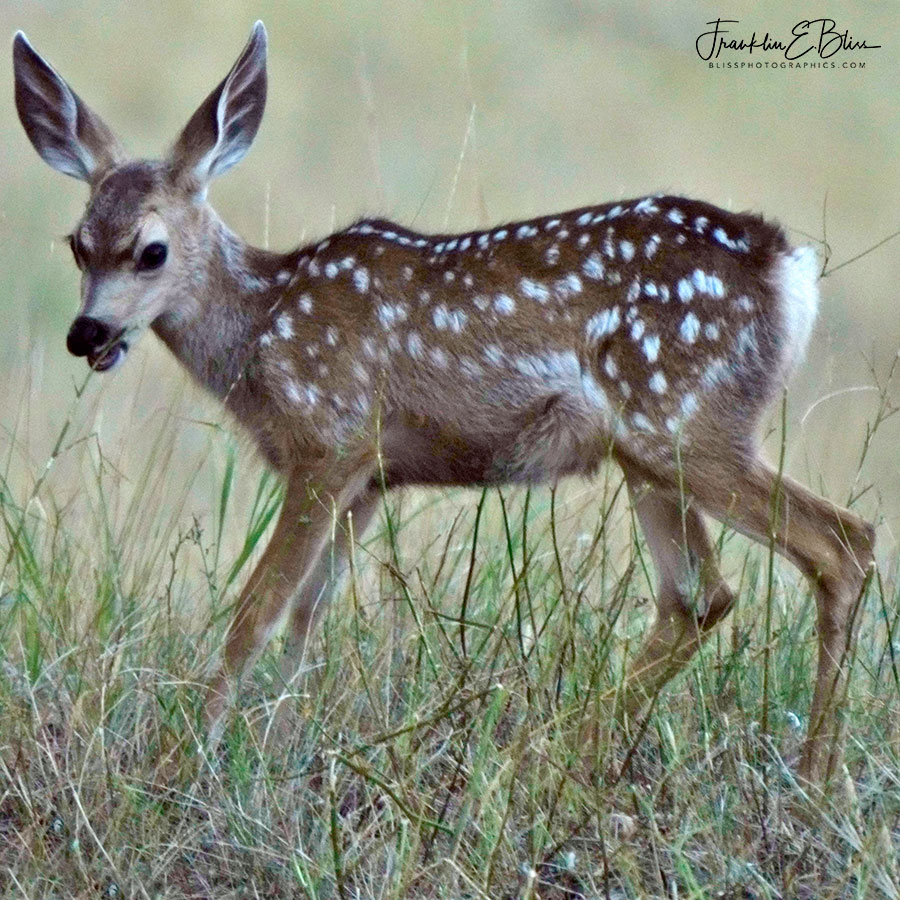 I often run into wild animal encounters in my truck. It is a black vehicle that these guys have seen a few times now. Usually a white tail mother randomly encountered will run away with it’s fawns. The mother and twin this fawn was with were just down hill from me having passed in front of me on the two track trail. They they stopped and settled down as I did the same thing. Patience and slow movement. Mostly stopping/ shutting off your motor will go a LONG way to calm down the mom. This family unit has seen me a few times thus the patience with my presence. 🌲

This was taken after sunset in very flat twilight illumination so it’s a little odd (at least to me). But Odd can be good and in this case, I suggest a full screen examination of those ears. I have never seen whitetail ears so well defined / patterned inside as this little fellow. I not the most astute observer of deer and maybe they all have this.It was cool anyway. It may be a trick of the low light that I took this under.

You will not the coarse “Sweet Clover” stalks it stands in. They have been decimated several times over by the hails storm that went through here a few weeks ago. I just saw my first sunflower the next morning from when I captured this. There are more to this time line that will be forthcoming. These Whitetail Fawns survived the up to 3 inch hail for 1/2 an hour that did this.