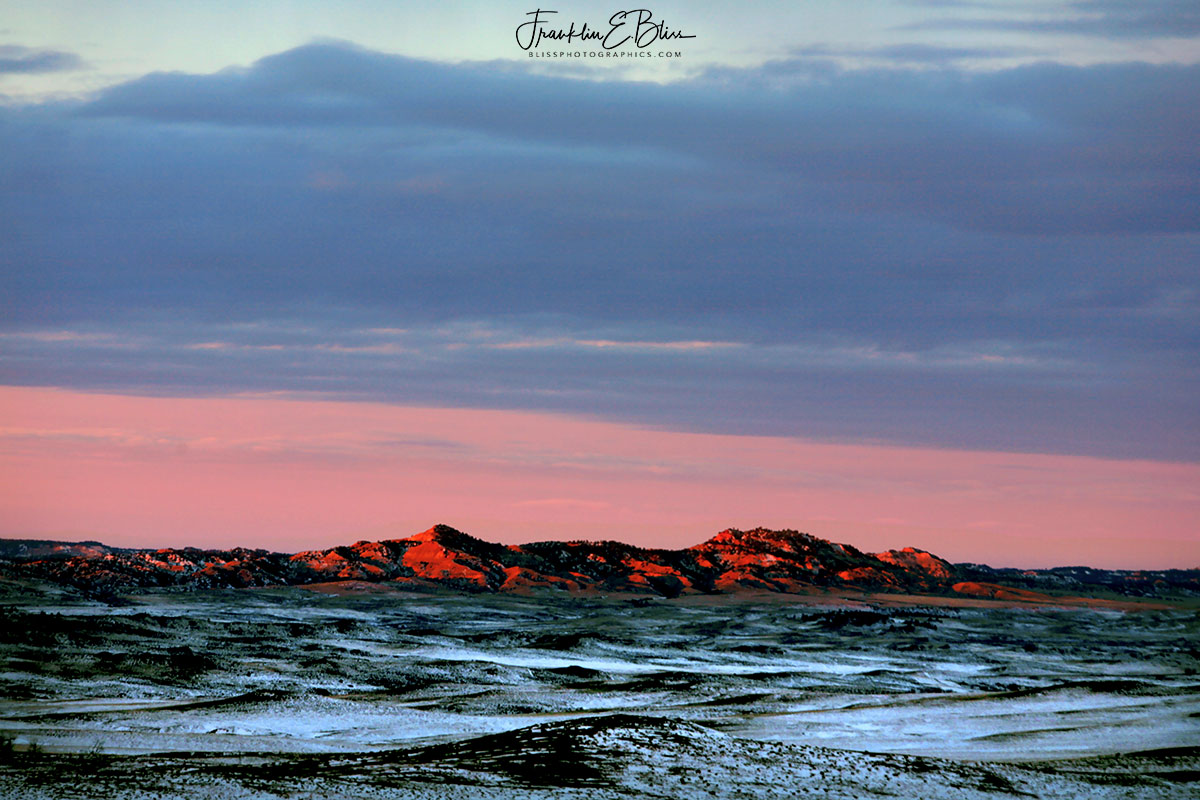 Looking west During Sunrise instead of at the “main show”. I look over my left shoulder, the “Pink Belt of Venu”s variety of Alpenglow DOMINATES the back show.

I wonder why they call those mountains the “Red Hills” ? 🤔🤔 Humm…

The Pink Alpenglow known as “The Belt of Venus” is literally the back screen of live real IMAX theatre screen I live surround by. Only the longer more penetrative red/pink rays of light make it through all the atmosphere to the relatively light grey / opaque atmospheric ice present. Here the BOV is working it’s way down’ on the Red Hills. The ice refracts and reflects even more red back to my fancy photon capture boxes. The red rocks on the hills are also adding to the effect of just the debris apron up of the Mountain. It is exposed to the sun over the shadow of the horizon behind me as the red light moves down the peaks. Technically the sun has risen for some places and not for others. I am standing in deep shadow as is the 40 mile wide valley in front of me.

Between me and that ridge is the Little Powder River Valley with the Montana/Wyoming border somewhere in there. That little 6 foot wide river removed all the sediment between where I stand and those mountains all by itself. No kidding. I wonder how long that took a spring flood and yearly freeze thaw cycles to break up the bedrock so the river can haul sand/silt/clay most of the time? Geologic time is a difficult concept to grasp.

Location: Bliss Dinosaur Ranch, Wyoming/Montana borderlands. Both Wyoming and Montana are in this image. Looking West.