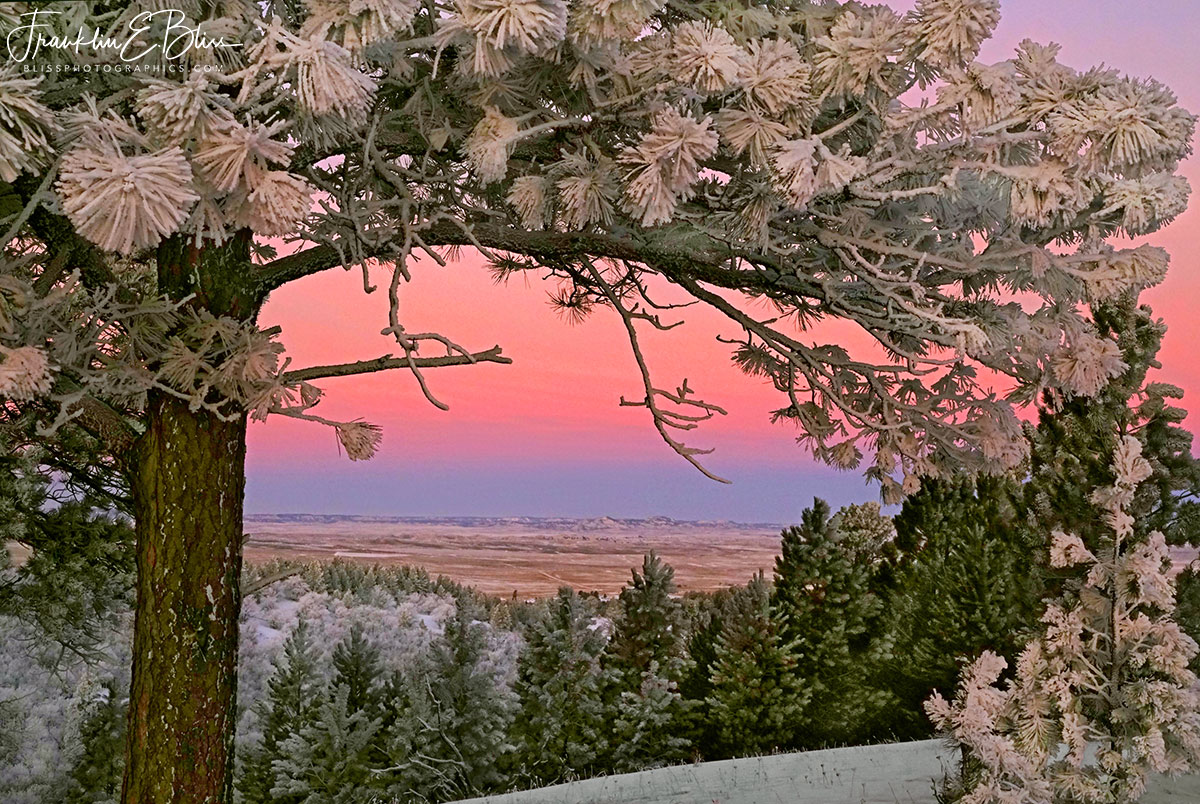 It was an Icy Alpenglow Morning right at sunrise up yonder on the ridgetops. The main show over my shoulder is usually yellow (ish) but this backshow is Pink. This pink back show is called the “Belt of Venus” which is often on going while your watching the sunrise, you miss this show. Several image from this particular morning made it through the “sieve” I use to determine which photo to work on.

Alpenglow is the result ice in the air lighting up with the bright first pink starting about 40 minutes before sunrise… and then gradients to other nearly pure primary colors to Lavender at times up high. The Blue Line UNDER the Pink is the Shadow of the earths horizon. As the sun rises that blue band shrinks eventually disappearing just as the sun rises. The red/pink will often work down on the “Red Hills in the distance enhancing their already red rocks (Clinker) with the extra colorcast.

The hoar frost covering any exposed surface made for a winter wonderlands for a photographer with time before sunrise. Hoar Frost usually forms on objects disrupting air flow. The air full of moisture under freezing conditions. DIrect condensation of that vapor from supersaturated air is greater then 100%. The formation of hoar frost is similar to the formation of regular dew with the difference that the temperature of the object on which the hoar frost forms is well below 32 degree F., whereas this is not the case with dew. Hoar frost crystals often form initially on the tips of plants and or other objects. I’ve seen vehicles, fences, tires, plants and even other icicles with Hoar Frost on them. The largest I’ve seen had frost feathers/needles almost 2 inches long.