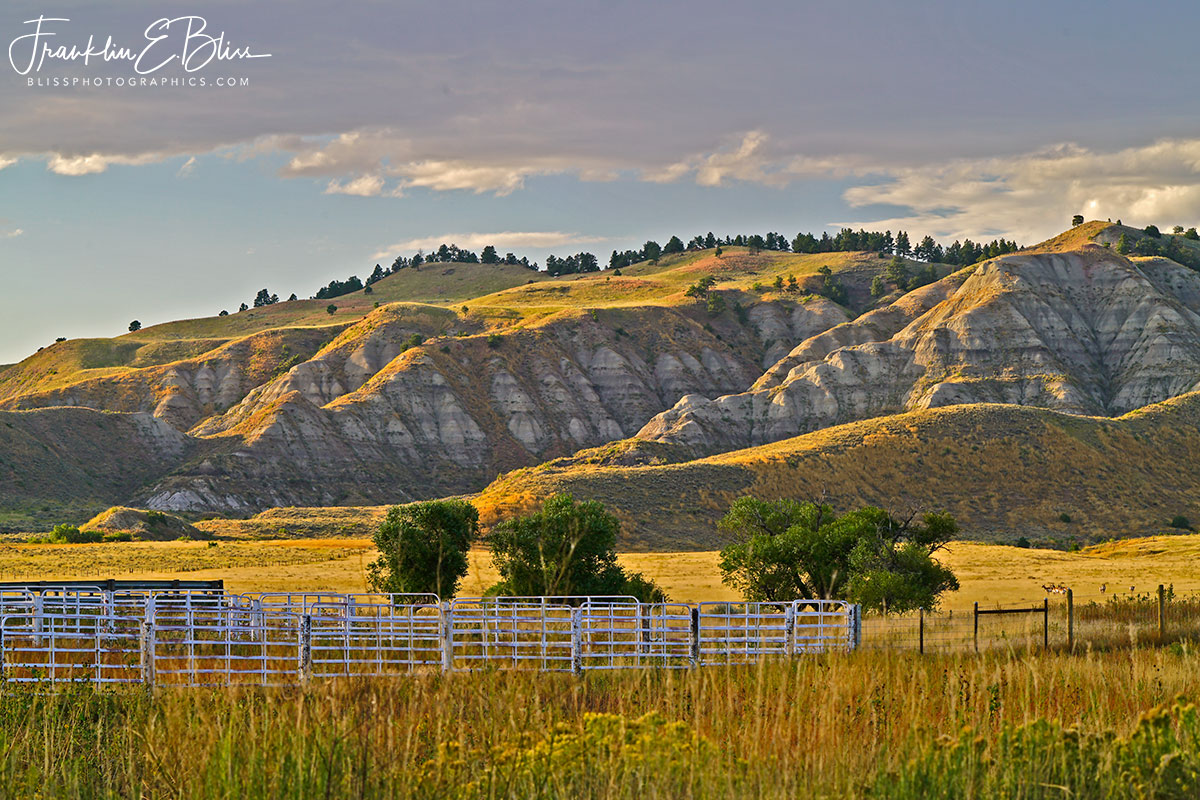 As Geologist who happens to be a landscape photographer, I tend to look a little deeper into which that my subjects might offer (on the surface anyway 😜 ). A little larger view might be useful. Wow.. Badlands are such austere landscapes..Love the corral panels

That little mountain is whats left of a continuous layer of sediment in layers that used to be connected all the way to the BigHorn Mountains. Streams off the BigHorns washed the sand, silt and clay there. The Little Powder River has removed all the sediment that used to fill those blind canyons. There used to exist hundreds of feed of sediment over where I stand here. One sand grain at a time, the sediments here move down toward the Gulf of Mexico. The Gulf is the ultimate sink where all sediment we stand on will eventually end up.

All of this mountain used to be part of the Big Horns. Down slope by streams the sediment was carried. Together making a big wedge/apron of sediment off the flanks of the BigHorn uplift. Those debris totally filled the local Powder River Basin. It was in a BIG local downwarp next to the up warp that is the Bighorns. Old Pre-cambrian at the core there. Coal Swamps in the Powder River basin (bathtub/low area).

So a geologic description of the image would talk about a 130 mile long Fanglomerate called the Tullock/Fort Union formation. All Younger than the Dinosaurs. Just a few miles away, I live on older rock that has remains of the Dinosaur dominated Fauna alive at the end of the Cretaceous. The rock in this image is younger by many many millions of years. No dinosaurs here, but might be a fossil alligator or turtle there though. Wyotana is geologically complex AND very interesting. Large scale forces having taken significant rolls in our landscape. Clues to such are everywhere but reading that book takes longer than “Dies the Fire”. (good read if you like the genre).