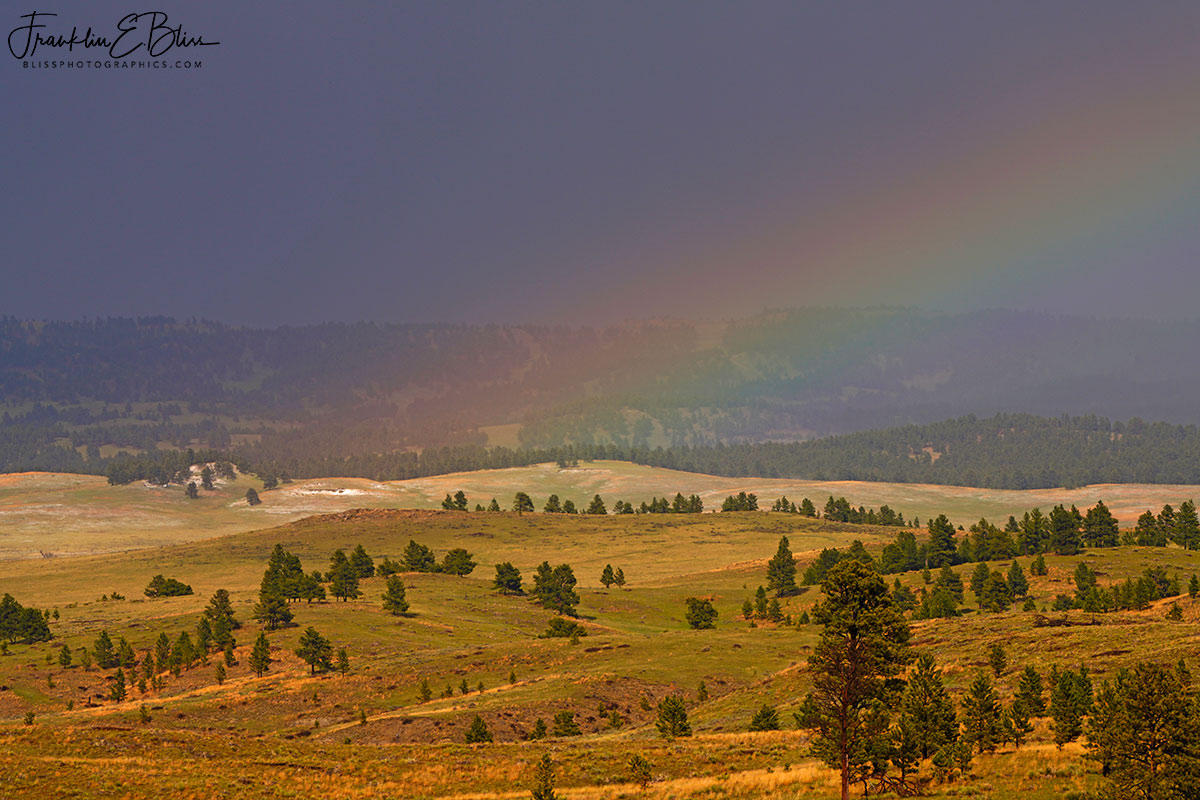 Spring time thunderstorms moving through the area are much appreciated in giving us a little more moisture for the apparently soon to be dry summer so typical of Wyotana. Our annual precipitation amounts are BARELY above desert at 14 inches per year. Not this day though 😀

This happened May 13th late in the afternoon as a series of smaller storms moved through the area. This thunder storm went on into South Dakota and grew as it went but wasn’t particularly violent. It was however strong enough to dump enough hail to cover the ground off in the distance under the “rainbow”. I didn’t think there is supposed to be a bucket o hail at the end of the rainbow but something with a bit more glitter. “Clever Girl” got slushed on but fortunately the hail was a bit further east. This capture looking almost straight east along the Montana / Wyoming border. I’ve been known to move my position to avoid hail a time or two. It’s usually not a huge area that get’s hailed on but reading the storm isn’t necessarily straight forward as I’m not “Bill Paxton” in the 1996 movie Tornado.

The Rainbow is right at 5 miles away from my viewpoint. The first tree on the right is at least 1/2 mile out. Telephotos CRUSH perspective jumping over lots of ground before you get to the “foreground” of the frame lol.