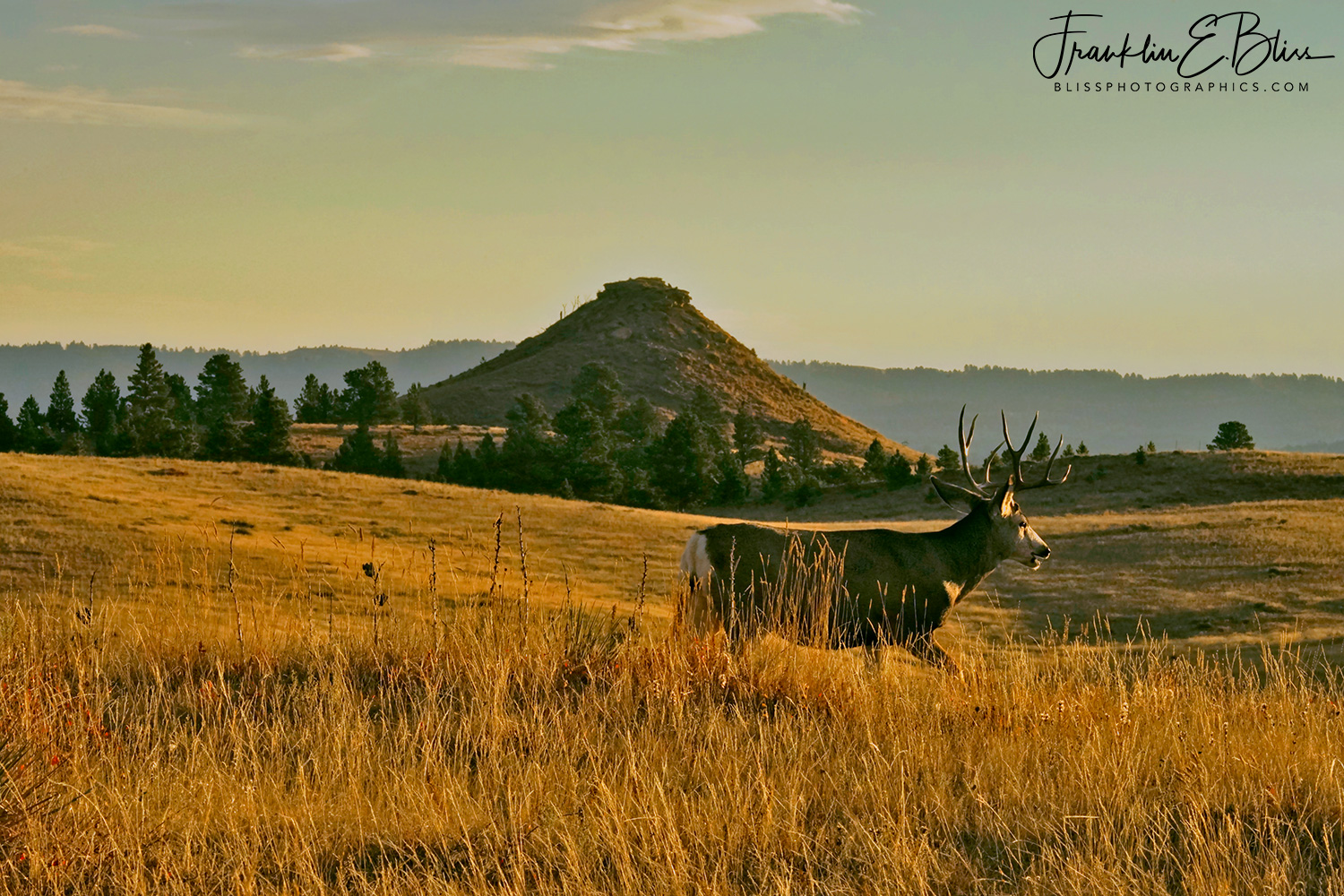 This Backcountry Buck and the Butte image was taken as he was just casually walking by me chewing his mouthful of some tinder morsel in front of “Turtle Butte”. That Monadnock/Butte is all Cretaceous sedimentary rock but it stands in for the “Local Pyramid” or the “local steaming volcano” when ever the lighting and my mood is right🤣

“Turtle Butte” is 1/2 in Wyoming and 1/2 in Montana literally being cut by the border. It is private land. It got it name from two reasons.. It has some small Cretaceous age fossil microsites on it (small). Found pieces of fossil turtle shell, small things mostly there… and there is what looks to be a turtle on the top (from the right angle and it’s really pronounced) . Not as much from this angle lolol.. Our whole ranch is covered in the sandstones and mudstones of the Hell Creek/Lance formations (Cretaceous) which of course are known for dinosaur fossil bearing lenses. Besides the dinosaurs are ALSO about 400 other species that are known in the fossil record from these formations. Plants of many kinds many still extant today in their newest iteration of development. Insects, amphibians (some really big), reptiles, crocs, alligators, snakes, birds, rare mammals (mostly teeth fossils of beautiful bi-rooted molars with an occasionally denticulate jaw), fish, turtles, stingrays, and a host of other creatures some VERY VERY big compared to anything walking about today. It’s all old Wyoming Wildlife as it were lol.

Factoid. Montana and Wyoming border exactly at the 45th parallel, 1/2 way between the equator and the north pole precisely. We are located within 150 miles of the exact geographic center of North America too. Nothing like living on the center of the teeter totter (deep geological meaning in that metaphor lolol).

Backcountry Buck and the Butte