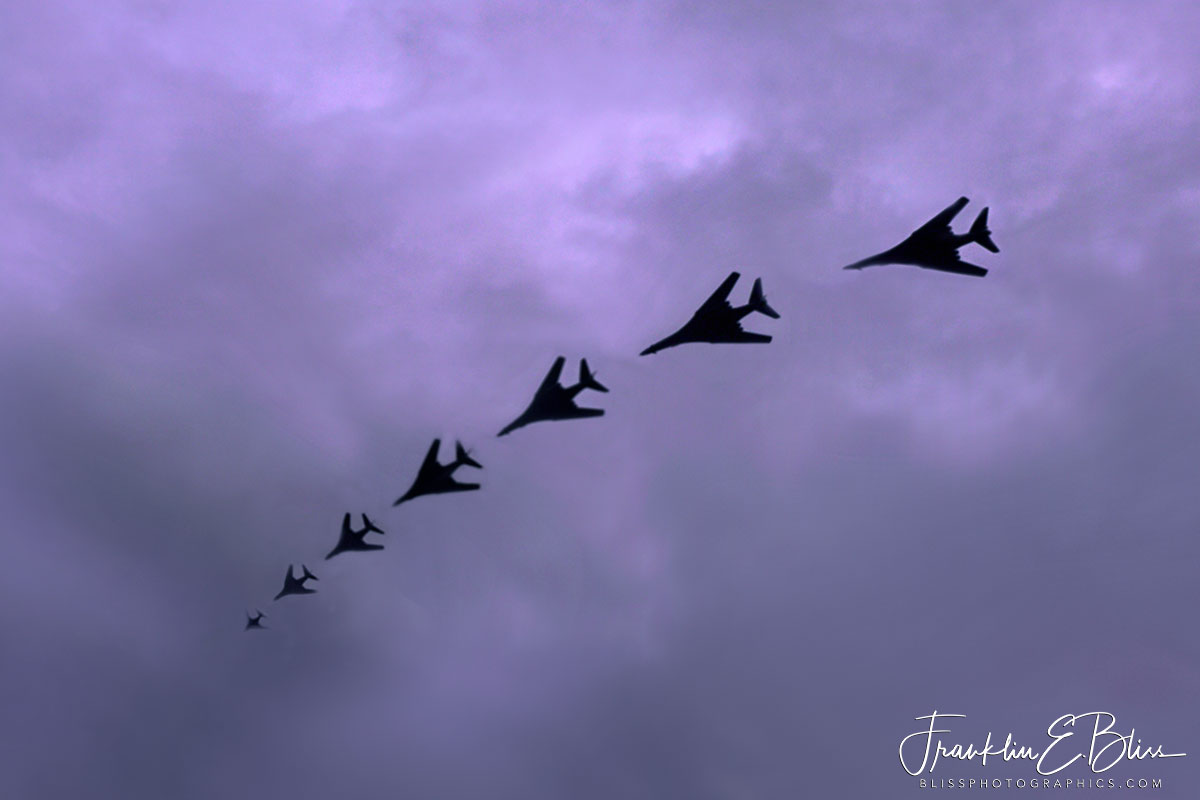 So I’m driving up a steep hill to the east in my Polaris Ranger Crew UTV . That hill obscured my view of the horizon so I didn’t see this coming. I did have a box -o-cameras next to me that I had set up for the conditions. I usually keep one on fast shutter/ lower fstop and at infinite focus. The camera was idling but not full on as they power down after about a minute. They keep their settings and take between 1 and 2 seconds to become useful upon tapping the shutter button (wake up camera).

So this 200,000 pound strategic bomber crests the hill RIGHT IN FRONT OF ME bigger than life, I was driving… I saw it, reached over instinctively and grabbed a 24-135 lens on a sony alpha 7RII out of the box. I manually clicked as it wasn’t set to machine gun. Didn’t have any time. I just pointed and clicked, never looked through the lens or at the alignment. Pure muscle memory I’m thinking. No active thought involved. Luckily I managed to get these 7 captures of a 450 knot aircraft that I had no warning of it’s approach until it was on me. UTV’s are loud moving across the prairie but this guy 1000 feet over head was eye opening. Something about roughly 1000 horsepower that is recognizable at a distance but my passenger and I had no warning . The swept wing jet was moving right along as he peeled right and disappeared into the cloud deck.