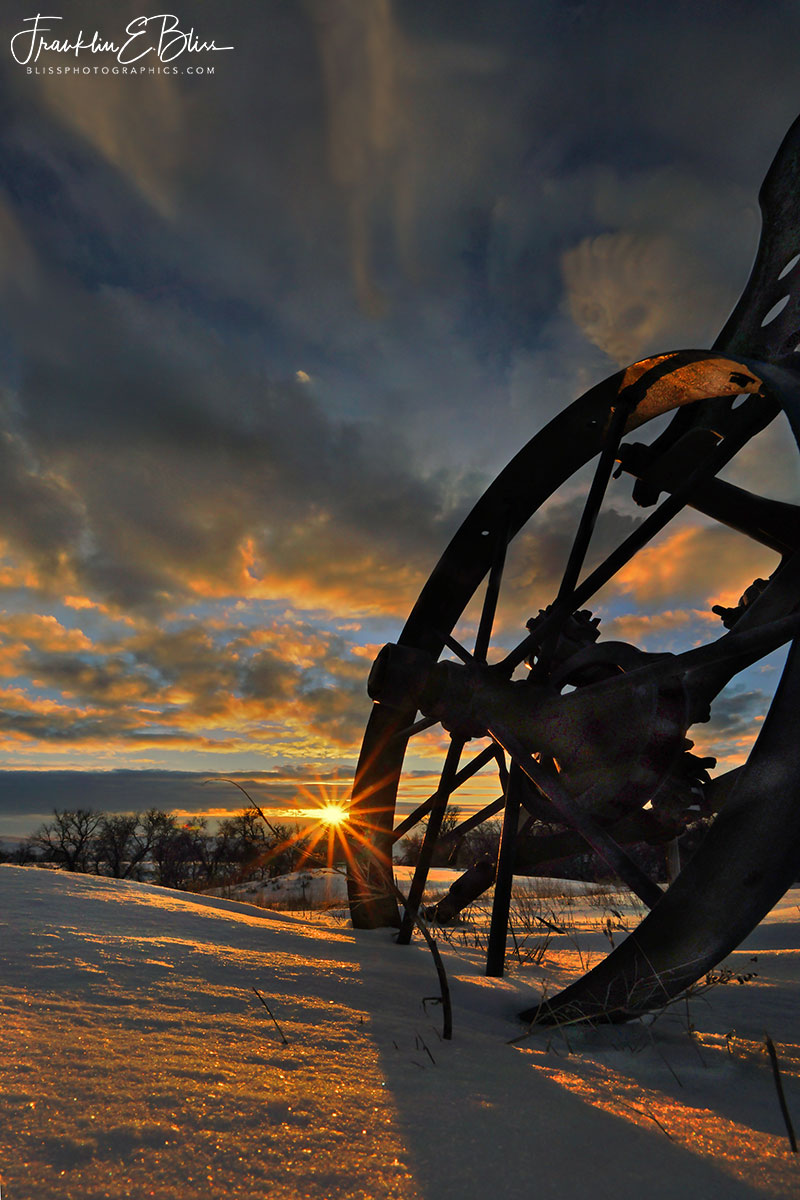 Antique Plow with a View

With the weather getting a little milder here late-winter, Crunching out through crusted snow becomes slippery at time. . Crusted snow is a hard surface on top of softer snow underneath. Occasionally ICE under it. I typically fall through somewherelol. This is dry high ridge country here in the borderlands of Wyoming / Montana Abandoned many decades ago, this plow wheel (with the rest of the plow off right frame) was a very high technology gadget when it was forged. State of the art. They have changed a bit since with hydraulics and size, but the basic tool remains for the same task. Somethings are hard to improve on. A fine 1911 Pistol comes to mind instantly…. maybe it’s just me…

The contrasts present were staggering, the light blinding to the human eye. Those in and of themselves are unable to behold such a scene unaided by technology. The Icy surface intensifies the glare reflecting golden light into your vision. You instantly avert your eyes to avoid damaging them. Sunglasses would have been inadequate. You can not and should not peer directly at the sun with sunglasses or non-mirrorless cameras.

New Mirrorless removable lens cameras have a significant ability to turn down the volume on the incoming light. None pass directly to your eyes. I see the scene on a video screen before I commit to take the image. I’m watching on TV effectively… Click… You’ll want to have a full frame mirrorless before attempting this. Disclaimer. Do not do this with a DLSR camera as there is a direct light path to your eye through the camera. This could EASILY blind you instantly. I only use Sony Alpha 7 R series mirrorless cameras which has no direct light path internally to your eye.

Title: Antique Plow with a View