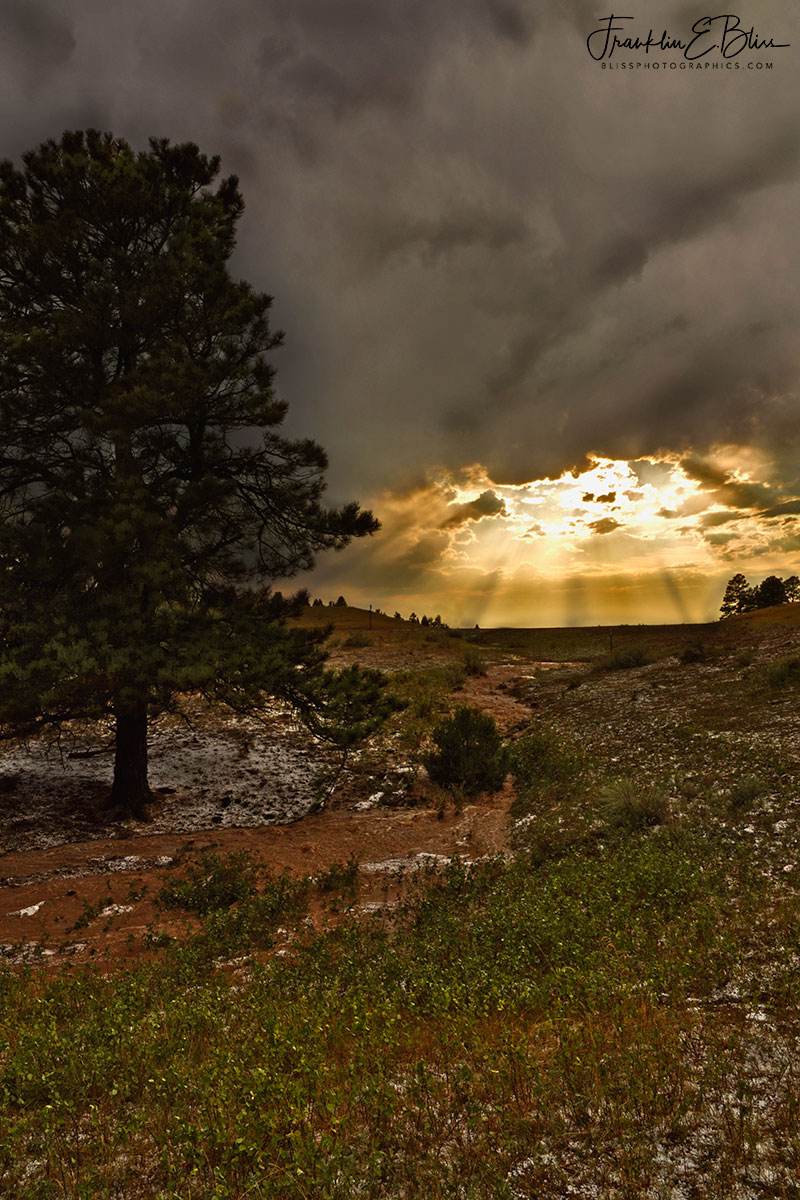 After the Hail Storm

I started working this storm because I couldn’t get out of it’s way. There were a few rain/hail shafts pursuing me across the flats so I went up on the ridges to get a better look at the storm. It’s not often I get to see running water in these ephemeral washes. (Good word to google). This storm just Dumped Water with marble sized hail for some time. I’m estimating 2 inches of precip fell with right at an inch of ice in places. Here it had melted somewhat since it was 60 degrees out up at the local top of the world for this shot.

The water that was accumulating down river would have been significant from this storm. I didn’t go down to the flats where dozens of these little washes conjoin into a much bigger force to be dealt with down river.

The Storm was breaking as sunset approached. Passing to our east leaving me with a window to the sky. A crepuscular display ensued for our enjoyment.

The chill in the air that night was only matched in it’s uniqueness only by the mist rising then flowing down valley. Neither something I’m used to this drought year. A river of dense fog rolling down the valley. That vision has already published on the internet a week ago. The saturated air hitting all the hail ice covering the ground made a wonderful fog generator. Both evaporation and sublimation (another google word) was occurring along with the flooding locally.

Title: After the Hail Storm