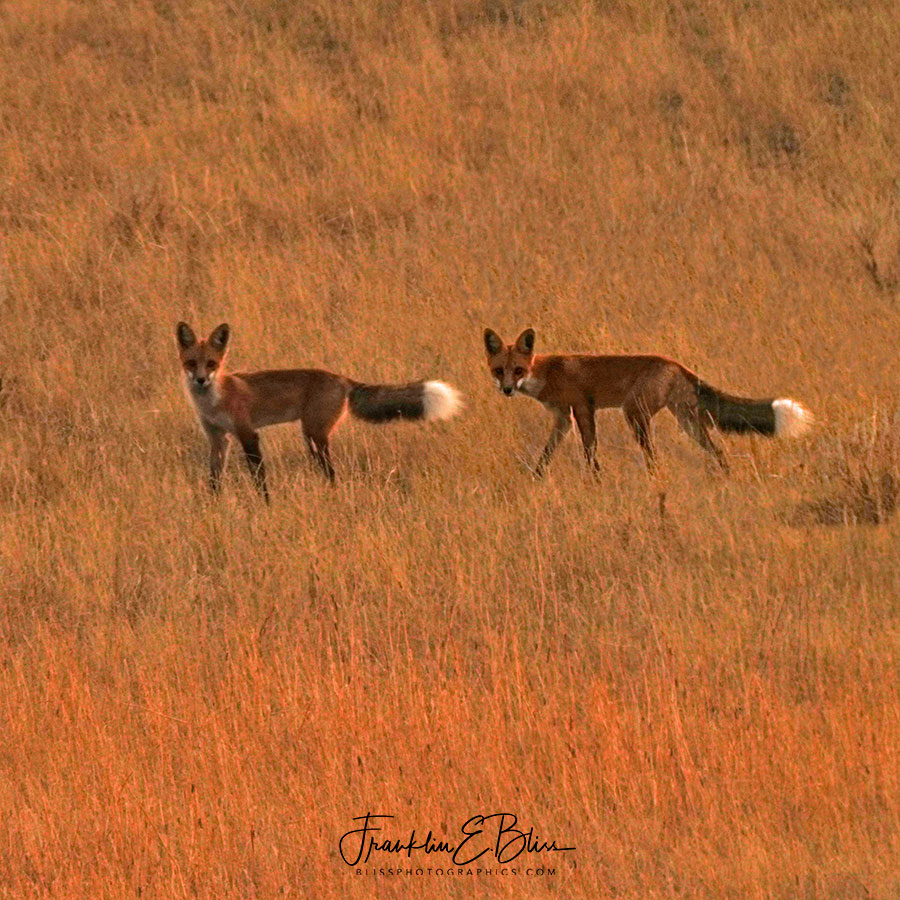 A Couple of Backcountry Foxes

So these two were hanging out together. They look gracile and female with nothing hanging down to give way their gender. Commonly sisters or a group can hang together. I’ve seen more fox this year than any other. I attribute “Clever Girl” to my being more stealthy.

There are some 45 sub-species of the “Red Fox”. Sorry I wasn’t closer… This was very tough lighting with all this smoke. They were way out there as well. It was a random encounter of course. I was driving back to a lake on our place as I rounded a hill, these guys first bolted, then because I suddenly stopped with engine going off, they looked back. This is classic animal behavior when you stop to play dead. Moving, you represent an immediate threat. Suddenly I was a parked truck with a big eye sticking out the side. Interesting, not scary 😜

The Red Fox are the largest of the Foxes in North America. They are being domesticated in Russia. Cool! I suspect they would be a wonderful pet as they are smart obviously. Very adaptable to change, they are widely distributed around the world. They were late comers to North America only arriving here after the last Glaciation. There was a rapid change in fauna after that time with the extinction of many megafauna. Any opening in an ecology is quickly filled. Niches don’t stay open long. Some other creature died and these guys moved in. Or some other creature may have died when the Red Fox moved in as an exotic species. Late Pleistocene species interactions are not known THAT well. WE have a lot of presence/absence data but further inference of complex relationship is somewhat more difficult to make.

Title: A Couple of Backcountry Foxes