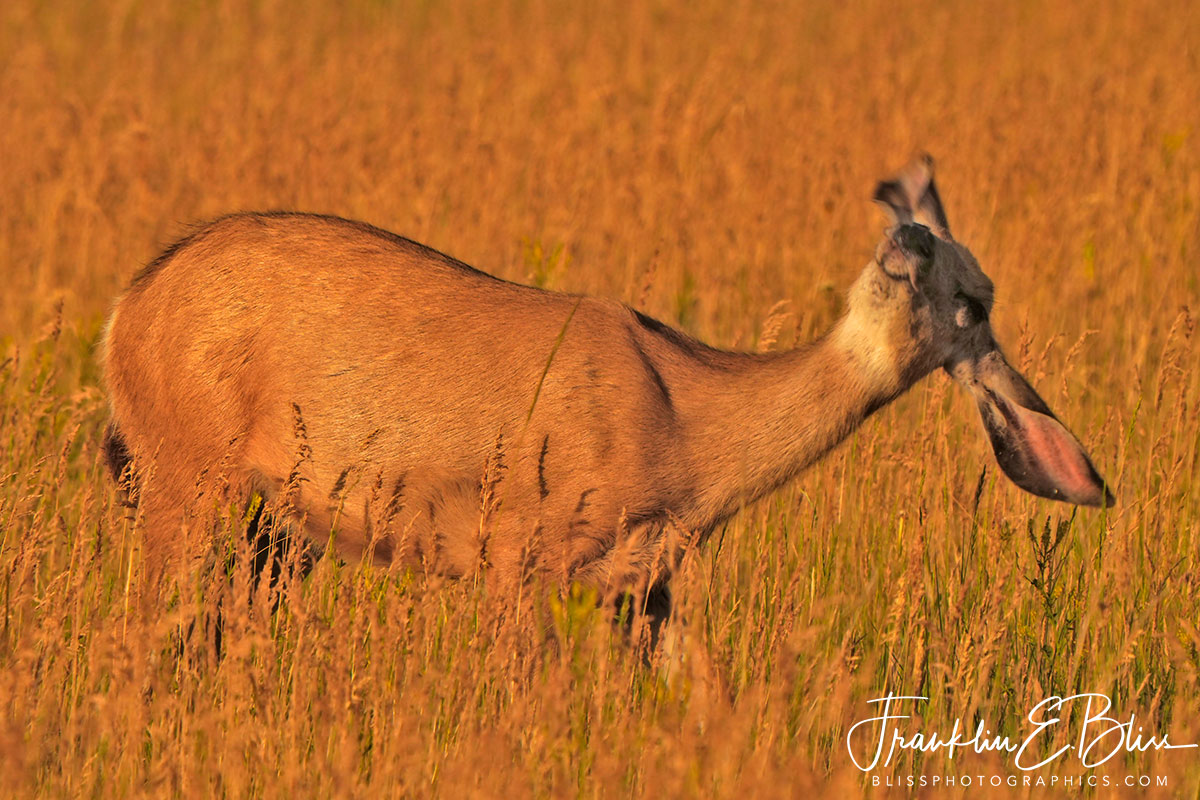 A Bug in Her Ear

I was watching this pretty Doe finally surrounded by the herd this summer. I’m thinking 40 feet away with the animal filling the frame. It’s taken a while but I’m now getting the local herds to accept me as just another animal. By the end of the summer I’ll be taking “eyelash shots”.

So I’m seeing a bee fly around as a highlight on my videoscreen (a white flash generated by my camera). This was followed by a surprised look on the Mule Deer’s face. You could tell she was puzzled for a second and then she started shaking her head. I have several good captures of this unusual pose/activity. I usually click the “happy” machine gun switch on the camera and a dozen frames a second fill up the cameras buffer. It will take 60 in a row before that buffer is full I have found out 📸 .

I’m not sure if she got it out right away but I was certainly glued to the screen. I’m thinking she either had it stuck in one of those ‘mule’ ears or if she got stung for some reason. This went on for maybe 30 seconds. Grazing started shortly after so no permanent damage occurred at least to this girl. The bee’s condition on the other hand is in doubt. One of the problem with big ears is they are a big target lolol.

Title: A Bug in Her Ear